Two Arab terrorists were killed early Sunday morning in Shechem in an exchange of fire with the Yamam Counter Terror Unit, according to Arab media. No one was hurt on our side. According to the IDF, four Arabs were killed in the operation.

The force entered the city to arrest wanted terrorists including Ibrahim Al-Nabulsi who had escaped several attempts to capture him in the past.

Al Quds reported that two young Arabs were killed in the old city of Shechem, and ten were wounded, one of them, in serious condition. The Israeli forces stormed the Yasmina neighborhood inside the old city and surrounded one of the houses to arrest wanted terrorists. According to medical sources, the two dead were Aboud Sobh, 29, and Muhammad Al-Azizi, 22, from Shechem.

Al Quds cited eyewitnesses who reported that members of the Israeli special units infiltrated the Yasmina neighborhood. According to Ynet, the special force was followed by a large Givati Brigade force that surrounded a building in the neighborhood, and violent armed clashes erupted, lasting about 4 hours.

The forces closed in on three buildings at the same time and fired LAW (Light Anti-Tank) and Matador missiles at the buildings where the terrorists were entrenched. Many terrorists arrived at the same time and shot at our forces, including from the rooftops in the old city of Shechem, and the fighters returned fire. At the end of the shootout, the IDF fighters entered the building where the wanted terrorists were hiding and discovered a large cache of weapons, ammunition, and explosive devices.

The Fatah terror group in Shechem used loudspeakers to announce a general strike in Shechem o Sunday, in mourning for the souls of the martyrs Sobh and Al-Azizi. 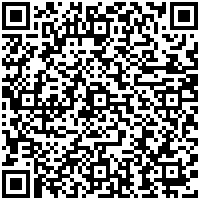