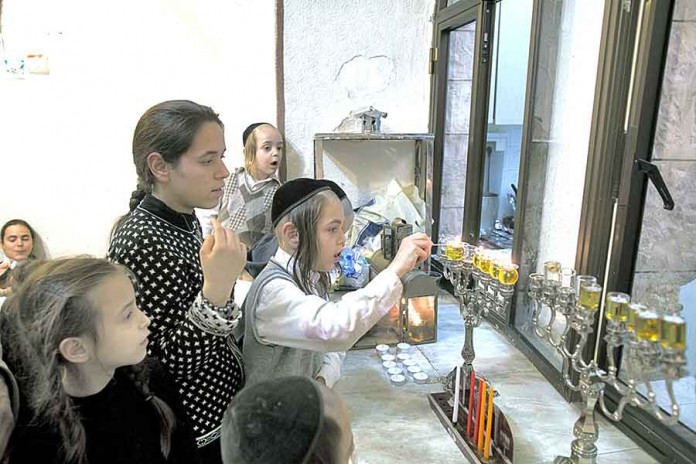 The essential theme of Chanukah is publicizing and praising Hashem for the incredible miracles that occurred during the period of the Chashmonaim over 2,000 years ago. The very existence of Judaism hung in the balance as a result of the Syrian-Greek persecutions, and it is no exaggeration to say that we would not be here today were it not for the gracious intervention of Divine Providence that prevented the light of Torah from being extinguished.

Although we all share a common purpose in our celebration of Chanukah, it comes as no surprise that Jewish communities throughout the ages have differed in the precise manner of their observance of the primary mitzvah of the holiday, kindling the Chanukah lights. In Ashkenazic homes, each member of the household typically lights his or her own chanukiyah. In Sephardic homes, by contrast, there is generally only one chanukiyah lit on behalf of the entire family.


A divergence in custom between Ashkenazim and Sephardim is not especially shocking and may even be expected. After all, there are countless ways in which the traditional practices of the various holy communities of Israel differ from one another. Generally speaking, these variations can be traced back to disagreements between Rishonim (early authorities) in previous generations; typically, Sephardim followed the interpretations and rulings of the rabbinic luminaries that hailed from their countries, such as Rif, Rambam, etc., while Ashkenazim adhered to the halachic conclusions of the rabbinic leaders of their homelands, such as Rashi and the Baalei HaTosafot.

The Gemara in Tractate Shabbat states that in order to fulfill the mitzvah of Chanukah lighting, only a single candle per home would be necessary, regardless of the size of the family. The mehadrin, those who love and wish to beautify the mitzvah, light a candle for each member of the household. The mehadrin min hamehadrin, those who wish to go above and beyond for the sake of the mitzvah, either start with one candle and increase the number of candles with each passing night (Bet Hillel) or begin with eight candles and decrease the number with each passing night (Bet Shammai).

The Gemara explains that there were two different reasons offered for the “increasing” or “decreasing” of the candles. One view was that Bet Hillel’s practice of adding a candle each night represented the number of days of Chanukah that had passed, while Bet Shammai’s practice of decreasing them was a form of “countdown” representing how many days of Chanukah were left.

The classical commentaries grapple with the question of whether one can fulfill both the mehadrin and mehadrin min hamehadrin forms of the mitzvah simultaneously. The Rif and Rambam maintain that one who wishes to light mehadrin min hamehadrin lights not only a candle for each member of the family but adds a candle each night as well, so that a family of ten would have a total of eighty candles burning on the final evening of Chanukah. Tosafot, however, disagree. They argue that combining mehadrin and mehadrin min hamehadrin would lead to confusion because the number of candles would not have any consistent meaning. Thirty candles, for example, could signify that ten people are living in the home and that it is the third night, or that there are five people and it is the sixth night, and so on. Therefore, the Baalei HaTosafot rule that one who intends to fulfill the mitzvah in the most praiseworthy manner should have only one chanukiyah for the entire household, adding a single candle each night and not attempt to match the number of candles to the number of family members.

It seems that the dispute between the Rambam and Tosafot depends upon which reason for increasing the number of candles we adopt. If we assume that the number of candles lit on a given night must signify which night it is, then Tosafot’s argument for only one chanukiyah per household is unassailable. On the other hand, if we embrace the second reason offered in the Gemara (which, it is worth mentioning, the Gemara seems to favor), then the specific number of candles on any particular night is not that important; what is critical is the trend of increase from one day to the next, so that we are “rising in holiness and not descending.” If this explanation is the definitive one, then the position of Rambam and Rif, who advocate combining the number of family members with the number of passing days, becomes more convincing.

Technically, this declaration of the Taz is somewhat of an overstatement, since there is one other well-known matter of custom in which Sephardim follow the Tosafot and Ashkenazim follow the Rambam: namely, the number of blessings recited on the four cups of wine imbibed at the Seder. The Tosafot rule that one should only say “bore peri hagefen” on the first and third cups, and this is the practice of Sephardim as codified in the Shulchan Aruch. The Rambam, on the other hand, maintains that the blessing is required for each of the four cups, and this is the accepted practice among Ashkenazim.

Maran HaRav Yosef Caro, in his lengthy commentary Bet Yosef, explains that with respect to the four cups, he departed from his usual method of ruling in accordance with the Rambam. Since there is a question of reciting extra berachot, and we have a general principle that in cases of doubt we omit blessings rather than (G-d forbid) reciting a blessing in vain, the Bet Yosef endorsed what he saw as the more conservative position of the Baalei HaTosafot.

At first, it seems tempting to apply this reasoning to the case of Chanukah as well. Perhaps the Shulchan Aruch adopted the opinion of the Baalei HaTosafot because having only one chanukiyah per household limits the number of blessings recited, whereas having additional chanukiyot involves additional blessings that might not be warranted. This, however, is not necessarily the case. As many achronim observe, the Rambam, when he advocates having candles lit for each member of the household, does not indicate that each individual should light for himself with a separate blessing; the simple reading of Rambam’s view is that the head of the household should light all of the candles, even those that “represent” other members of the family. This matter is hotly debated among later authorities and, it seems, the prevalent custom among Ashkenazim today is for each person to make their own berachot. Whatever the case, the issue of blessings being recited in vain is not mentioned by the Bet Yosef or other Sephardic authorities when they discuss the practice of having just one chanukiyah per home. So what is the basis for the unusual custom of Sephardim with respect to Chanukah – when and why did it begin?

The answer to this question is surprising. The bottom line is that there is no halachic argument given by Sephardic authorities to justify this widespread minhag. It was simply the prevalent practice in all Sephardic countries for as long as anyone could remember. The Rambam himself, after detailing his opinion that the correct procedure is for each member of the household to have a chanukiyah kindled on his or her behalf, concludes with a blanket statement that, his own view notwithstanding, the custom in all Sephardic countries is to have just one chanukiyah per household, regardless of the number of family members who live in it.

In a sense, then, both Sephardim and Ashkenazim may be said to be following the Rambam: The Ashkenazim adhere to the halachic conclusion of the Rambam, while the Sephardim adhere to what he described as the custom of the communities in which he lived.

There is something especially poignant about this “crossover” of Sephardic and Ashkenazic custom occurring specifically in the context of the observance of Chanukah. On Chanukah we celebrate the survival of the Torah and mitzvot against all attempts to undermine or eradicate them. The fact that Sephardim held fast to an ancient custom despite having every logical reason to dismiss or discard it is a demonstration of our commitment as Jews to defending and preserving the precious legacy of traditions we have received, regardless of the challenging circumstances that confront us.

Upon reflection, though, we can perceive an even more compelling dimension of beauty and inspiration here. There is no doubt that, since it is a celebration of the survival of Torah in the face of terrible persecutions, the deeper one’s appreciation for the depth and value of Torah, the greater one’s joy as he kindles the Chanukah lights and is reminded of the miracle. The Torah imbues our individual and familial lives with meaning and redeems us from the shallow and the mundane with its abiding sanctity, and for this we are infinitely grateful. However, even more remarkably, Torah wisdom breaks down the barriers between us and unites us as a people. Absolutely nothing – no ulterior motive, partisan loyalty, feeling of pride, or cultural bias – is permitted to interfere with the holy process of authentic Torah study.

In every yeshiva and Bet Midrash in the world, on a daily basis, Ashkenazim analyze and engage with the works of Sephardic scholars and Sephardim pore over and delve into the writings of Ashkenazic authorities. In the realm of Torah knowledge, then, the cultural, liturgical and geographical differences between us are set aside as we join arms in the pursuit of truth for its own sake. Indeed, as we see in the case of the four cups of the Pesach Seder or the kindling of Chanukah lights, that passionate and intellectually honest search for truth may lead Sephardim to “reach across the aisle” embrace and adopt the halachic positions of Ashkenazic rabbis, or vice versa. This is a testament to the profound, purifying and transformative power of sincere Torah learning, a sublime activity that reminds us of what is really important in life, and elevates us beyond the grasp of anything that may threaten to divide us.

The eternal wisdom of the Torah is what enables us to transcend our differences and return to the common peoplehood and purpose that bind us together as Am Yisrael. This Chanukah and every Chanukah, let us rejoice in the sacred blessing of Torah that paves the way for us to reconnect with Hashem, His Torah, and one another. 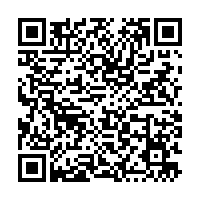