The big 7-8 day Holiday is approaching. The one that seems to get people more uptight than happy (as they should be –Rambam, Laws of the Holidays, 6:17), to the extent that when you are actually brave enough to utter the word “PESACH,” it often feels like you’ve put people on edge.

These less than “30 days before the Holiday” offer us an opportunity to evaluate the above phenomenon, which seems to be more and more commonplace in our times.


It amazes me that Pesach comes just a month after Purim. More than anything, what makes Purim unique is that it is a day in which the edict that “one should become inebriated on Purim till one doesn’t distinguish between the curse of Haman to the blessing of Mordechai” proclaims it a day in which…everything goes, in which one has very loose – to non-existent – borders regarding what is permitted and what is forbidden. In a word, it’s a day in which the word “fear” seems to be put into a drawer for 24 hours, as we permit ourselves to do things otherwise unthinkable – in terms of what we wear, what we say, which jokes we crack, and of course, how much alcohol we allow ourselves to consume.

And then, right after the hangover passes, the costumes are put away for next year, and the last cookie from the “Mishloach Manot” is eaten, we get…fearful and nervous; just 30 days to clean the house, buy the (new and expensive) groceries, and cook for Pesach!

From too much courage to neurotic fear, and all this in two months!

Leaving aside how much one needs to clean for Pesach and how crazy one must get (based on the Torah’s dictates, without the “extra’s” of cleaning the windows as well…), I’d like to comment on just one point – the “fear” of it.

I believe that something has crept into the Religious Jewish community over the last few years that shouldn’t be there – our fear of holiness. Let’s introduce it with the following episode, usually read right after Purim in the weekly Torah reading (except in a leap-year). The Jewish people have just been forgiven for the elevated sin of the Golden Calf, and Moshe is coming down Mount Sinai…with one small change to his face:

29. And it came to pass when Moses descended from Mount Sinai, and the two tablets of the testimony were in Moses’ hand when he descended from the mountain and Moses did not know that the skin of his face had become radiant while He had spoken with him 30. that Aaron and all the children of Israel saw Moses and behold! the skin of his face had become radiant, and they were afraid to come near him.31. But Moses called to them, and Aaron and all the princes of the community returned to him, and Moses would speak to them…..

Reading these verses, I would have thought it wonderful – the people behold Moshe looking holier than ever, and thus maintain their distance, knowing that they are not on the level. After all, we don’t just barge into a shul, open the ark and greet the Torah Scrolls with a “Hello Mate…,” nor do we ascend the Temple Mount without proper preparations! And so, the Jewish people recognize Moshe’s new, elevated radiance/holiness and keep their distance from his holiness.

But then we get to Rashi’s read, which offers a radically different interpretation:

and they were afraid to come near him: Come and see how great the power of sin is! Because when they had not yet stretched out their hands to sin [with the golden calf], what does He say? “And the appearance of the glory of the Lord was like a consuming fire atop the mountain, before the eyes of the children of Israel” (Exod. 24:17), and they were neither frightened nor quaking. But since they had made the calf, even from Moses’ rays of splendor they recoiled and quaked. (from Sifrei Nasso 11, Pesikta d’Rav Kahana, p. 45)

What forces Rashi to see the above in negative terms rather then the positive? Why not just applause the people for their reverence of holiness?

Seems to me that Rashi wants to give us a message: We dare not stay away from holiness. Quite the contrary – we should embrace it and try to get a “piece of it.”

Our Torah is full of commands to “be holy” (Vayikra 11:43-44, 19:2, 20:7), or “to be for me holy” (20:26)! Moreover, when the Torah commands that we shall go to “the place” in order to sacrifice and more, it adds the edict that “you shall inquire after His dwelling and come there” (Devarim 12:5). The Ramban explains (ad-loc) that “the reason for ‘you shall inquire after his dwelling’ is that you shall come from afar, and ask: ‘where is the house of God,’ and say to each other: ‘Let us ascend and go to the mountain of God to the house of the God of Jacob.'” In other words, according to this interpretation, we should not only be holy but should actually pursue it, seek it out, and make “an issue” of asking people how we can arrive at holiness. 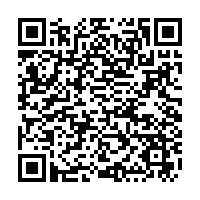