The permissibility of wearing comfortable, non-leather shoes on Yom Kippur has been much talked about over the last several years, following proclamations by Rabbis Yosef Shalom Elyashiv and Yaakov Ariel, among others, which strongly discouraged the wearing of Crocs brand shoes on Yom Kippur. Despite the brouhaha, this debate is actually a continuation of a millennia-old discussion regarding the prohibitions of Yom Kippur.

The Torah never specifies which actions are forbidden on Yom Kippur. Rather, five times the Bible states that a person should afflict (innui) himself, in addition to refraining from the work that is forbidden on Shabbat (Lev. 16, 23; Num. 29). Unlike the medieval Karaites, for whom affliction included wearing sackcloth and ashes, abstaining from sleep, and other deprivations, the sages limited this term to five areas of self-denial: bathing, anointment, sexual relations, donning shoes, and nourishment (eating and drinking), with the latter seen as the most severe prohibition, whose violation was punishable by spiritual banishment, karet (Yoma 73–74).


Some scholars believed that despite this affliction, an element of festive joy is also mandated, as on other holidays (mikra’ei kodesh) mentioned in the Torah (Lev. 23:27). In addition to dressing nicely (Shabbat 119a), we recite the sheheĥeyanu blessing, which commemorates special occasions. Mourners even halt their seven-day (shiva) bereavement practices so as to accord some measure of festivity to the day (Rabbi Yonatan of Lunel, Eiruvin 40a). Indeed, some understood the requirement to eat before Yom Kippur as fulfilling the obligation to feast on festivals (BY OĤ 604). The Talmud further states that Yom Kippur was deemed a happy occasion because of the atonement afforded by the day (Taanit 30b).

Nonetheless, most scholars understood the day to be uniquely lacking in holiday festivities (Ĥizkuni, Rabbi Ovadia Seforno, Lev. 23:27). We refrain from reciting the joyful Hallel prayer or engaging in excessive happiness (MT Hilkhot Megilla VeĤanukka 3:6), both deemed inappropriate for a day of judgment (Arakhin 10b). Ultimately, the Torah aims to achieve a day of respite (shabbaton) from physical pleasure along with a feeling of affliction (Maimonides, Sefer HaMitzvot, Aseh 164).

This goal, however, might afford certain leniencies with respect to activities that are clearly not intended for pleasure. The Talmud, for example, allows people to rinse dirt from their bodies and wash their hands after using the bathroom or before performing ritual activities (OĤ 613). These dispensations led some to assert that the activities prohibited on Yom Kippur for the sake of affliction – with the exception of nutrition – originated as rabbinic edicts (Rosh, Yoma 8:1). Others, however, believed that the Torah prohibited only acts of pleasure, leaving room for leniency in other circumstances (Yere’im 420). By nature, however, anointment and nutrition entail enjoyment; therefore they remain prohibited, except in cases of medical necessity (OĤ 614:1, 618).

An interesting debate exists regarding actions that alleviate discomfort. Many decisors permitted the use of snuff (AH OĤ 612:6), for example, which some considered an appropriate way to mark the festivity of the day (Gan HaMelekh 145). Other scholars allowed people to swallow slow-release pills before the fast to prevent headaches (Tzitz Eliezer 7:32).

Contrary to popular belief, the Talmud never explicitly limits the ban on footwear to leather shoes. The Mishna states a blanket prohibition (Yoma 73b), with a parallel tannaitic text further forbidding socks (Tosefta Yoma 4:1). The only explicit exceptions are for cases of illness, inclement weather, or walking in hazardous areas. However, some sages covered their feet in reeds or rags (Yoma 78b). Some understood that these rabbis limited the prohibition to formal “shoes,” rendering all other protective devices permissible. Others, however, allowed such footwear only if one’s foot still felt discomfort from the ground; anything providing greater protection was disqualified (Nahmanides, Shabbat 66a). 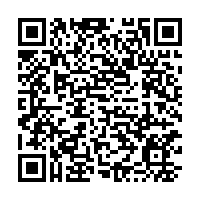