Colin Kahl, a former deputy secretary of defense for the Middle East in President Obama’s first administration, was recently named Vice President Joe Biden’s national security adviser and deputy assistant to the president. But, as Lee Smith reports in the Weekly Standard, Kahl is perhaps best known – or would be, if more people realized who was responsible – for deleting the reference to Jerusalem as the eternal, undivided capital of Israel in the Democratic platform during the last presidential campaign.

What should be of even greater concern is Kahl’s hostility to action against Iran’s drive towards nuclear weapons capability, as well as his eagerness to understate Arab leaders’ thirst for such power and to underestimate the existential dangers to Israel posed by such ambitions.


As Smith points out, Kahl was a senior fellow at the Center for a New American Security when he co-authored a May, 2013 report which sought to assure legislators that it would be possible to contain a nuclear Iran should measures to stop it fail to achieve their goal. That report described how the U.S. could “manage and mitigate the consequences of a nuclear-armed Iran.”

Although the CNAS is generally considered a centrist think tank, it issued reports recommending non-intervention in Syria, including not arming the early opposition, as well as taking a soft, pro-diplomacy stance towards Iran.

In advance of the CNAS report’s publication, Kahl wrote an astonishing op-ed in the Washington Post which sought to convince readers that Israel made things much worse than they would have been when it bombed Iraq’s Osirik reactor, and that there would be similar or still more disastrous results should Israel dare to attack Iran’s nuclear weapons plants. Think that’s a mischaracterization? The title of the op-ed is “An Israeli attack against Iran would backfire — just like Israel’s 1981 strike on Iran.”

Kahl warned in his op-ed that if Israel were to strike it would doom the likelihood of Iran’s cooperation with the International Atomic Energy Agency. “An Israeli strike would also end any prospect of Iran cooperating with the IAEA, seriously undermining the international community’s ability to detect rebuilding efforts.”

It seems Kahl may be the only one still holding out hope that Iran will ever cooperate with the IAEA regardless of any action by Israel. He also claimed Saddam was nowhere near ready to create nukes, so Israel’s Osirik mission was premature and ill-advised.

Why Joe Biden – someone most Israel supporters used to consider reliably pro-Israel, would pick someone like Kahl is a mystery.

As the Weekly Standard‘s Smith was told by at least one senior official at a pro-Israel organization in Washington, D.C. about Kahl: “He tried to insert an anti-Israel plank into the Democratic party’s platform and failed to the point where the president had to personally intervene to repair the damage. Since he left government, he has galloped to the fringe of the Iran debate, floating all kinds of suggestions – including letting Iran go nuclear – that the party had to publicly shoot down. You really have to ask yourself why Joe Biden thought he was an appropriate choice.”

That it’s Joe Biden who has summoned Kahl to his side, rather than someone who stands any chance of being the Democratic’s choice to lead the party in 2016, may be the only good news in this story. 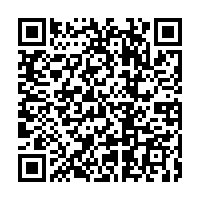