2. Rosh Hashanah – unlike all other Jewish holidays – is a universal (stock-taking, renewal and hopeful) holiday. The Hebrew word “Rosh” (ראש) means “beginning,” “first,” “head,” “chief.” The Hebrew letters of Rosh constitute the root of the Hebrew word for Genesis, “Be’re’sheet” (בראשית), which is the first/lead word in the Bible. Just like the Creation, so should the New Year and our own actions, be a thoughtful, long-term – not a hasty – process. Rosh Hashanah is celebrated at the beginning of the Jewish month of Tishrei, which means beginning/Genesis in ancient Acadian. The Hebrew spelling of Tishrei (תשרי) is also included in the spelling of Genesis (בראשית). Rosh Hashanah is referred to as “Ha’rat Olam” (“the pregnancy of the world” in Hebrew), and its prayers highlight motherhood, optimism and the pregnancies of Sarah, Rachel and Chana, who gave birth to Isaac, Joseph, Benjamin and Samuel respectively. Noah – who led the rebirth of humanity/world – also features in Rosh Hashanah prayers.

4.  The term Rosh Hashanah, a day of commemoration, was conceived by Jewish sages, during the Second Temple, referring to the Biblical “day of blowing the shofar (the ritual ram’s horn)” and “the day of commemorating the blowing of the shofar” (Leviticus 23:23-25, Numbers 29:1-6). Commemoration is a prerequisite for national cohesion, survival, enhanced future and refraining from past critical errors. On the other hand, forgetfulness spells ignorance, neglect of critical values and lessons, repeat of past errors and potential oblivion. The blowing of the shofar symbolizes faith in God, the annual judgment day, soul-searching and the constant drive to enhance human conduct (the Hebrew spelling of shofar, שופר, is a derivative of the verb שפר, to enhance/improve).

5. Rosh Hashanah and the shofar symbolize and commemorate:

*The reaffirmation of faith in God as the Supreme King and Judge;
*The first human-being, Adam, was created on Rosh Hashanah, the sixth day of Creation, the first day of the Jewish month of Tishrei;
*The opening of Noah’s Ark following the flood;
*The almost-sacrifice of Isaac (thou shall not sacrifice human beings!) and the Covenant of the Jewish People with God;
*The three Jewish Patriarchs, Abraham, Isaac and Jacob, and the Prophet Samuel (the latter inspired Thomas Paine, the author of “Common Sense,” the cement of the American Revolution), were conceived/born during the month of Tishrei, which is called “the month of the strong ones; ”
*The release of Joseph from Egyptian jail;
*Mount Sinai, the Ten Commandments and the Torah;
*The commitment to liberty. The blowing of the Shofar introduced the Jubilee Year, “Yovel” (יובל) in Hebrew, which is a synonym for shofar. The blowing of the shofar represents deliverance from spiritual and physical slavery. It inspired the anti-slavery Abolitionist movement in the USA;
*the reconstruction of the 2nd Temple;
*the ingathering (Aliyah) of Jews to the Jewish Homeland;
*the cycle of nature – seed planting season and the equality of day and night;
*Optimism in the face of daily adversity. Genuine repentance and rectifying one’s behavior warrants forgiveness;
*The fallibility of all human-beings, starting with Adam and including Moses;
*Humility as a critical attribute which minimizes wrong-doing;
*The “ten days of awe/repentance” which are initiated on Rosh Hashanah and sealed on Yom Kippur.
*The blowing of the Shofar constitutes a moral wakeup call.

7. On Rosh Hashanah, one is expected to plan a spiritual and behavioral road map for the entire year. The three Hebrew words, Te’shuvah (repentance/atonement, תשובה), Sheevah (a spiritual and physical return, שיבה) and Shabbat (the Creation was completed on the Sabbath, שבת) emerge from the same Hebrew root.  They constitute a triangular foundation, whose strength depends upon the depth of education and commemoration. According to King Solomon, “The triangular cord cannot be broken.”

8. The shofar is blown on Rosh Hashanah as a wake-up call, a break away from the professional, social and political mundane, in order to recommit oneself to basic values and enhancing one’s order of priorities.  Blowing the shofar symbolizes a new beginning for each individual and for the Jewish people. The call for moral improvement – at Mount Sinai – was accompanied by the sound of the shofar.

9. The shofar should be humble (bent and not decorated); natural and unassuming, just like Mount Sinai, which is not the highest, or the most impressive, mountain in Sinai. Humility is the foundation of a positive character, in general, and leadership, in particular.

10. The shofar is the epitome of peace-through-strength.  It is made from the horn of a ram, which is a peaceful animal equipped with strong horns to fend off predators. The numerical value of the Hebrew word for “ram,” איל, is 41 (א-1, י-10, ל-30), which is equal to the value of “mother” (אם, א-1, ם-40), who strongly protects her children.

11. While the blowing of the shofar is a major virtue, the Torah instructs Jews to listen to the blowing of the shofar. The Hebrew root of “listening,” האזנה is Ozen, ear (אוזן), which contains the balancing mechanism in our body (אזון).  Ozen is also the root for “Scale” (מאזניים), which is the zodiac sign of the month of Tishrei.  Both Rosh Hashanah and Yom Kippur (when people balance their good deeds vs. bad deeds) are observed during the month of Tishrei.

13. The three series of blowing the Shofar represent the faith of mankind in God (Malkhooyot), the centrality of history/commemoration/roots and God’s Covenant with the Jewish People (Zichronot), and repentance/enhancement (Shofarot).

14. The three different soundings of the Shofar represent the three Patriarchs (Abraham’s tenacity, fighting capabilities and forgiveness; Isaac’s benevolence; Jacob’s truthfulness), the three parts of the Bible and the three types of human beings (pious, evil and mediocre), all of whom are worthy of a “second chance.”>

15. Rosh Hashanah services include 101 soundings of the shofar, which is equal to the numerical value of the Hebrew spelling of Michael (מיכאל), one of the four Guardian Angels.

16. The pomegranate – one of the seven species that bless the Land of Israel – is featured during Rosh Hashanah: “May you be credited with as many rewards as the seeds of the pomegranate.” The pomegranate ripens in time for Rosh Hashanah and contains – genetically – 613 seeds, which is the number of Jewish statues/laws. The pomegranate was employed as an ornament of the Holy Arc, the holy Menorah (candelabrum), the coat of the High Priest and the Torah Scrolls. The first two letters of the Hebrew word for pomegranate (רמון, pronounced Rimon) – which is known for its crown – mean sublime (Ram, רמ). The pomegranate (skin and seeds) is a uniquely healthy fruit: high in iron, anti-oxidants, anti-cancer. It decreases blood pressure and enhances the quality of blood and the cardiac and digestion systems. Rimon is a Hebrew metaphor for a gifted person: “wholesome like a pomegranate.”

17. Honey is included in Rosh Hashanah meals in order to sweeten the coming year. The bee is the only insect which produces essential food.  It is a community-oriented, constructive and a diligent creature.  The Hebrew spelling of bee (דבורה) is identical to “the word of God” (דבור-ה’), and Devorah דבורה))was one of the seven Jewish prophetesses.

The Top 10 Global Anti-Semitic Incidents of 2016 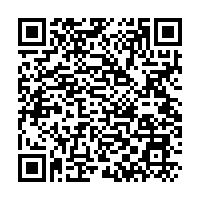