About 70% of the construction in the settlements in 2016 was carried out outside the main settlement blocs near the Green Line, according to Peace Now, Army Radio reported Sunday.

These figures are not necessarily reliable, as Peace Now reports tend to employ terminology that fits their ideological angle. But, as is always the case with their reports, they remind us of the joke about the Jewish guy reading Der Stürmer in 1936 Berlin – when asked how can he read such vile filth he says, In the Jewish papers all I read is news about how the Jews are suffering everywhere; but when I read Der Stürmer, I discover the Jews are controlling industry, Hollywood, the world…


Last year there was a 34% increase in settlement construction, with more than 1,800 housing starts, 70% of which were outside the main settlement blocs. These figures are from the period between September 2015 and June 2016. According to Peace Now, more than a quarter of the construction is carried out east of the separation wall, 10% of the construction is allegedly illegal, and about half of the allegedly illegal structures were built in outposts, away from the blocks.

Altogether, according to Peace Now, more than 2,600 construction plans were approved last year, about half of which are housing units to be built east of the separation wall.

The highest number of housing starts was recorded in the Efrat Local Council, near Bethlehem. There, according to Peace Now, 221 housing units were built in those months. Next on the list are Modi’in Illit, Beitar Illit and Eli Zahav. 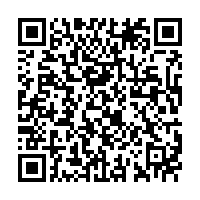