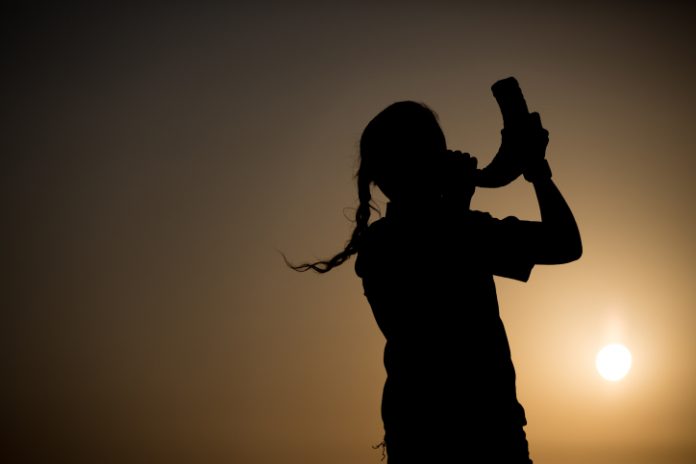 The last mishna in Taanit states, “There is no more joyous festival for Israel than Yom Kippur.” Yet Yom Kippur is also the most solemn day of the Jewish year, and it is also the strangest day because it seems to negate all that makes us human.

For that one day we step out of ourselves and have an “out-of-body experience.” We are no longer part of this world as we know it. Denying our bodies the physical pleasures of food and drink, marital relations, bathing, anointing, and wearing leather shoes, we act as if the normal impulses that make us human no longer exist. It is as if we have slipped out of physical life into immortality. On Yom Kippur we become virtual angels.

When Moshe went up to Heaven to receive the Torah, he overheard the angels praising G-d with these words. When he returned to earth, he instructed the Jews concerning all the mitzvot that he had received, and he also taught them this verse of praise. But Moshe said to the Jews, “All the Torah and mitzvot I have given you, I received openly and directly from G-d, but this verse is something that I overheard the angels saying when they praise G-d. I stole it from the angels; therefore, say it in a whisper.”

The Midrash in Devarim Rabba continues, “It may be likened to someone who stole a diamond and gave it to his daughter. The thief tells his daughter, ‘All that I have given you, you may wear in public – except this stolen diamond. Wear it only indoors.’” The Midrash then continues, “Why is Baruch Shem k’vod said aloud on Yom Kippur? Because then we are like angels, and we have nothing to hide on that day.”

The rest of the year we are not angels – far from it. We have human needs and desires. We have impulses that lead us to sin and transgression, as well as the ability to channel these impulses through Torah and mitzvot. We all sin – in word, thought, and deed. We are indeed human. The beauty of Judaism is that it recognizes our physical and material needs and our impulses and desires. Judaism does not seek to deny them, but rather to regulate, channel, and control them.

Judaism is not about self-denial. The denial of the body is not praised or required. The pleasure of eating and drinking is a mitzvah – for example, Shabbat and Yom Tov feasts and the seudat mitzvah which is obligatory for a bris, bar mitzvah, wedding, or siyum of a Tractate. The act of eating and drinking is also controlled and regulated by the halachot of kashrut. Physical desires are considered normal and positive, but they, too, are controlled and regulated by the halachot of marriage and family purity.

So too is the desire for wealth. We are not commanded to live lives of poverty, but we must share what we have with the poor and needy through acts of tzedakah and acquire our wealth honestly.

We know that we are not without sin, and for this reason G-d gave us this most precious gift of teshuva on Yom Kippur. On that day, we are given a taste of eternity, an experience of something otherworldly. We are like the angels, or as close to it as human beings can get. When all of our physical needs and desires are denied, we have a day when we can concentrate solely on spiritual matters. Yom Kippur is the day of the soul.

The Torah states in Vayikra 23 regarding Yom Kippur, “V’initem et nafshotechem.” This is usually translated as, “You shall afflict your souls.” However, Ramchal points out that on Yom Kippur our souls are not afflicted, only our bodies are. The word V’initem is related to the language in Devarim 26 concerning the mitzvah of bikurim (bringing the first fruits to the Holy Temple) – there the pasuk uses the word “V’anita.” Abarbanel states that the word V’anita in that verse means that the farmer has to sing to G-d when he brings his bikurim.

Thus, in the context of Yom Kippur, the phrase “V’initem et nafshotechem” can also mean “You shall allow your souls to sing.” You shall free your soul of all its bodily needs and desires and dedicate Yom Kippur to your soul and to G-d. The soul, freed of its physical bonds, can soar, ascending to the highest level of kedusha, where it can sing G-d’s praises and express itself most deeply.

Within the comforting, loving embrace of G-d Who forgives us on Yom Kippur, our bodily needs become superfluous, as our souls take over our bodies, singing to G-d. Yom Kippur is a unique opportunity for every Jew to receive a new beginning in life, a second chance. That’s why the Talmud in Taanit tells us that G-d gave us the second Luchot (Tablets) on Yom Kippur, symbolizing that G-d always gives us a second chance.

At the closing of the day, we experience an incredible inner joy when we move beyond consciousness of hunger into a feeling of relief and renewed strength. Yom Kippur ends with a magnificent shofar blast. The shofar that once proclaimed liberty for all the Hebrew slaves on the Yom Kippur of the Yovel year now also proclaims liberty from sin for all of us and freedom from all that enslaves the mind and the body. This shofar blast symbolizes the ability of a Jew to rise above material and physical desires, freeing the soul to unite and bond with G-d. 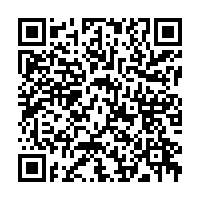