As many as 41% of Israelis who died from the coronavirus since the beginning of August had not received even the first dose of the vaccine, according to a Reshet Bet radio report Wednesday. This is a crucial statistic because only 12% of Israelis have not been vaccinated. Moreover, since the beginning of the third vaccination campaign, half of the deceased were vaccinated with two doses and only 7% received the booster dose. These figures suggest the gamble the Lapid-Bennett government has taken (and Netanyahu had advised) on the third vaccine shot despite the FDA’s reluctance paid off.


All of which means the vaccines work, go get vaccinated, your teeth won’t fall off and you won’t grow a tail, but you’ll stay alive and won’t infect and kill your close relatives and neighbors.

Prof. Eran Segal of the Weizmann Institute told Kan 11 News that the more people are vaccinated with the third dose, the more the fourth wave becomes a wave of the unvaccinated, with about two-thirds of critical patients being unvaccinated, even though their share of the population is seven times smaller than that of the vaccinated. Segal said that in September alone, about half of the deceased were unvaccinated.

Thousands of Israelis will remain in isolation for at least one additional day and possibly even more due to Yom Kippur, because they will not be able to be tested to shorten their isolation during the holiday, and in most cases also hours after it’s over.

The testing stations of the Home Front Command will work only until noon on Wednesday, meaning you should prepare for an extremely long wait. And if that’s not enough, those testing stations will not operate at all at the end of Yom Kippur.

The HMOs’ testing complexes will also operate on a limited basis Friday and will be closed at noon. Me’uchedet, Klalit, and Leumit will resume testing on Thursday night, Maccabi will resume the tests only on Friday.

Meanwhile, the labs will be closed during the holiday, so the test results of those who will be tested Wednesday are expected to be delivered only on Friday at the earliest. 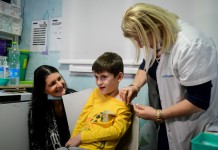 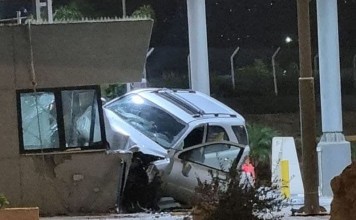