It is now about a month after siyumim on the forty-first annual cycle of Rambam study were held worldwide.

We constantly hear reports from those who have made the great decision to join the learning of the Rambam. The Rebbe often stressed that siyumim on Rambam should be held all over the world in every community. The Rebbe explained that when a siyum HaRambam is made in the local community, people ask, “What’s this excitement all about? What’s happening?”

In response, they are told there is going to be a siyum HaRambam. Then, says the Rebbe, a person starts thinking, “Where am I holding in the study of Rambam? Am I learning three chapters a day – or one chapter a day? Or am I following the study cycle of Sefer HaMitzvos?” This leads to a decision that he or she wants to join those who already learn the Rambam every day. And that is one of the great benefits of making siyumei HaRambam everywhere possible.

Indeed, Baruch Hashem, we see clearly that this is the case.

Many have also said, publicly and privately, that by joining the learning of Rambam, they saw success in their own endeavors.

They all brought out that by learning Rambam every day something great is accomplished in addition to the learning of the Rambam itself. Namely – in their language – la’asos ratzon Tzaddik – to fulfill the wish of the Rebbe who instituted the daily Rambam study.

In thousands, or perhaps tens of thousands of letters, the Rebbe suggests that one accept, at least from now on, learning Chitas – an acronym for the daily portions of Chumash, Tehillim, and Tanya. Whenever the Rebbe mentions Chitas, the Rebbe always adds that it was a takonah instituted by the Previous Rebbe.

Rambam study is a takonah instituted by the Rebbe. When Chabad Chassidim look at the takonah of Rambam study, it’s not only “to fulfill the wish of the Tzaddik” – which indeed it is. But more so, it’s a form of what Chassidim call hiskashrus. Hiskashrus is a very sensitive term used by Chassidim, and it means the bond between the Chassid and the Rebbe.

When one sits down and learns Rambam, whether it’s three chapters, one chapter, or Sefer HaMitzvos, he or she forges and strengthens their hiskashrus, their bond with the Rebbe.

It also seems from the language employed by the Rebbe that the Sefer HaMitzvos track is not only for women and children. If it happens that a man cannot learn even one chapter daily, he should at least learn Sefer HaMitzvos so that he has a connection with the Rambam study.

From the many stories told by various people in private and in public, it is clear that learning Rambam helped them in everything that they needed. Because they made the connection of hiskashrus with the Rebbe, they were blessed in what they needed – in bonei, chayei, umezonei revichei.

Chayei means “life” and the extension of life, good health.

Mezonei revichei means “great sustenance,” and as the Rebbe always says, “uvekulam revichei,” all of them in a very broad manner.

These are the wonderful benefits of learning Rambam every single day. 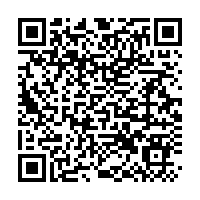