My previous column addressed a comment I had heard on Israeli radio that was so unexpected, so unconventional and so… wonderful! For those who missed the column, I briefly summarize: A political scandal was triggered in Israel two decades ago when Shas party members would not attend the performance of a female vocalist at the inauguration of the newly-elected Knesset. The fact that duly elected members of the Knesset preferred to not attend an event on religious grounds was of no significance to an audience who saw no meaning in the religious restriction, but saw great meaning in the perceived snubbing of a singer. And yet, when this singer was interviewed on the radio and invited to condemn the behavior of “archaic, ultra-religious morons,” she preferred to address the value and the wisdom she saw in the preservation of that religious statute.

Writing last month’s column got me thinking about another interview that I heard on the radio which also took me very much by surprise. We are going back about four Olympics ago, when medal-starved Israel had big hopes of ending the drought. Israel had athletes competing in many events, but her most promising stars were competing in swimming and wrestling.


The very fact that Israel stood a chance at making it to the podium sent hopes surging throughout the country that the Israeli team might finally come home with some “heavy metal.” After all, Israel, as small as she is, has always succeeded in impressing the world by her achievements in medicine, the arts, the sciences, farming, water conservation, computer technology, and of course, the military. But the Start-up Nation was off to a very late start in the realm of international athletics.

This was all about to change thanks to two sportsmen carrying their country’s pride on their backs. In anticipation of the medal harvest, the media were broadcasting “sportsology” around the clock. Speculation raged that the swimmer and wrestler would land gold or silver, and no one seemed to even ponder the possibility of fetching just the – gasp! – bargain-basement bronze.

The swimming competition was during the first week of the Olympics, and although the competition was nine time zones ahead of Israel, everyone adjusted their schedules to be up and tuned in when the Israeli backstroker blazed through the water, leaving his competitors in the (unfortunate metaphor for a swimming competition) dust. Alas, that is not exactly the way things played out.

After all the hype, and all the interviews, and all the chauvinistic talk, the Israeli swimmer placed eighth. He was but a few seconds behind the world’s fastest, but that is the way it is in Olympic competition. A thousandth of a second will determine rank. The Israeli Prime Minister was able to put the best spin on the disappointing results when he said in a telephone call to the swimmer, “It is good to know that the eighth fastest backstroker in the world is in Israel.”

Naturally, the country’s focus now turned to a new immigrant to Israel from the former Soviet Union. To be fair, there were other Olympic events in which Israelis took part, but anticipation for those was modest. If the swimmer, who was touted to be a world champion, could not get to the podium, the man in the street was not expecting any better from the lower-ranked jumper, gymnast, or javelinist.

It could very well be because the disappointment over the swimmer’s failure to land a medal was so keen, the hopes for the wrestler were buoyed even higher. On the eve of the competition there wasn’t a radio announcer in the country who was entertaining a possibility lower than gold.

Alas, the mighty wrestler, with a whole country’s hopes pinned to his back, remained on his back, pinned by a South American superman.

I happened to be listening to the radio when the wrestler was interviewed subsequent to his loss. Once again, like in the case of the Israeli singer, the interviewer was presumptuous, not to mention incredulous, that the king of Israeli wrestling could have lost by any fair means. And along this track he peppered the Olympic competitor with questions:

“Why do you think you lost the match?”

“Because my competitor was better.”

“C’mon, you can tell us the truth. Do you think the competition was rigged against you?”

“Did you have a sense that the referee was favoring the competition?”

“No.” This Israeli athlete was best known for his wrestling prowess, not for his loquacious or glib nature.

“One more time, please tell the audience back in Israel why it is – the real reason – that the South American won the match.”

“Because he was better.”

There was a long, pregnant silence over the radio waves as the interviewer pondered what it was that had just been repeated to him. Words failing him at first, he then let out a low whistle as he commented, “Wow, what a sportsman!”

I don’t think I will easily forget that dialogue, as it expressed so well how expectations guide our thinking and deafen our ears to hearing what has been clearly stated.

The wrestler was short on words, and never made it to the podium, but undeniably, he was a champion! 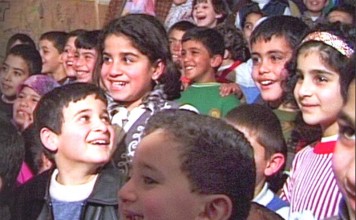 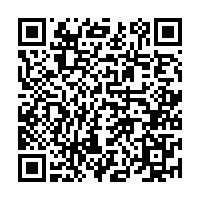