National Security Council official Yael Lempert, who brokered the $38 billion military aid package to Israel on behalf of the Obama Administration, has been singled out by rightwing reports blaming her for President Trump’s change of heart regarding settlements construction in Judea and Samaria.

Lempert, 43, is being accused of harboring pro-Palestinian sentiments, and of “poisoning” the president’s mind, pinning the blame for the stalled peace negotiations on the settlement enterprise.


Jason Greenblatt, Trump’s envoy who, apparently, has been pushing the anti-settlement construction line in his talks with Netanyahu et al, told Politico that Lempert is “extremely hard-working” and one of several people across various agencies who are “enthusiastically working to advance the president’s agenda.”

A Lempert associate added: “She’s not an Obama lackey. She has served all presidents because she’s valued.”

Indeed, it should be noted that the Obama Administration kept Lempert on as a holdover from the Bush Administration. She was then asked by the Trump team to stay on at the National Security Council, having been involved in the transition period.

Lempert accompanied Greenblatt on his recent visit to Israel, and although she did not take part in the talks between the envoy and Prime Minister Netanyahu, she was involved, according to Ha’aretz, in choosing whom Greenblatt met on both sides of the green line, Arabs and Jews.

According to Makor Rishon, in that capacity Lempert tried to stop the meeting between Greenblatt and settlement council heads. The meeting finally took place – after Netanyahu’s circle insisted on it.

Ha’aretz on Friday quoted a senior security cabinet minister who suggested the Netanyahu people do not view Lempert as a friend, far from it. “The feeling I got was that the Prime Minister’s Office would rather distance her,” the source said.

Among US pro-Israel pundits, Lempert is the enemy. Daniel Horowitz noted in the Conservative Review that “Lempert was literally Obama’s point person in the White House orchestrating his war against Israel.” In his view, the ostensibly pro-Israel’s decision to keep her on “is Orwellian.”

Former Clinton official told Tablet that Lempert tried to wreck the US-Israel friendship, calling her “one of the harshest critics of Israel on the foreign policy far left.”

According to the rightwing Washington Free Beacon, Michael Sfard, an anti-Israel activist who works very hard to destroy the settlement enterprise, was reported to have met with Yael Lempert, who was then Obama’s NSC’s senior director for the Levant, Israel and Egypt.

In the end, the most troubling question is not about Lempert’s anti-Israel position, which has been established – you may recall that the $38 billion over 10 year aid package she orchestrated, while increasing the aid (by less than $8 billion if one allows for the decrepit shape of the US dollar these days), also effectively severed the ties between Israel and the Congress for any additional money, should the need for it arise.

Still, ultimately, the alarming thing about Trump’s keeping Lempert on is not about her ideas but rather about the president’s. Why did he not exercise his right to do a clean sweep of Obama’s advisers, especially on foreign affairs?

One answer would be that the Trump Administration’s transition to power has been the clumsiest and most amateurish in US history, and they simply needed warm bodies in all those empty chairs.

The other answer is much scarier: Trump and his advisers want Lempert to stay on because they value her input. 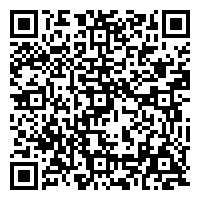