We have already discussed developing the skill to discern a story that others are unaware of by seeing and hearing. That brings us to – you guessed it! – speech. The way we speak, and the measure of discipline that we employ, remind us of the legendary sage that revolutionized the observance of guarding one’s tongue.

The Chofetz Chaim wrote about the dire consequences of inappropriate speech. I am ever-amazed at how one hundred years later his excursus, which appear at first blush to be far-fetched, has proven to be veracious, if not in fact hauntingly clairvoyant, in contemporary society.

Rabbi Joseph Telushkin wrote a marvelous book entitled, Words that Hurt, Words that Heal (whose revised and updated version has just been released) and many of the cases that he provides, culled from the media, are impossible to forget. Before I cite two examples, it is worth pondering the unprecedented danger of harmful speech afforded by modern technology.

If a worker were to send a disparaging e-mail about a co-worker to her friend (perhaps even more in the interest of humor, than to slander) and by mistake sent it to her entire list, the damage is irreparable and compounded dozens of times. Suddenly, the Chofetz Chaim’s analogy of collecting the feathers released on a windy hilltop sounds like milquetoast.

Social media (this column is deliberately neglecting to enumerate its blessings) has become a clearing house for public humiliation, and Twitter has only exacerbated evil speech. When you have but 280 characters to disagree with someone, the temptation to go below the belt is alluring.

Back to when damage was limited to merely newspaper circulation. In 1980, Tom Turnipseed ran for congress in South Carolina. His Republican opponent discovered that Turnipseed had suffered from depression for which he had undergone electric shock treatment. Without inhibition, this information was made public. The Democrat was appalled at the campaign ethics of his rival.

Lee Atwater, who was in charge of the Republican campaign, responded that he had no intention of answering charges made by a man “hooked up to jumper cables.”

This evoked an image so monstrous, that it poisoned any attempt to view Turnipseed as a sane individual. About this did the Chofetz Chaim warn. Not only did Atwater present a lurid, graphic image to the voters regarding the Democratic candidate, but also about anyone who underwent electric shock therapy.

The Chofetz Chaim went so far as to say that lashon hara can kill. This too, seems like an exaggeration. The two protagonists in this next news item show otherwise, both figuratively and literally.

President Gerald Ford, as so many remember, was a victim of defamation that surely killed his career. LBJ reportedly said about him that he is “so dumb that he can’t walk and chew gum at the same time.”

Factually, Gerald Ford was an intelligent individual, and graduated in the top quarter of his Yale Law School class. Yet the epithet stuck like bubblegum, and Ford was not taken seriously.

In 1975 the president was visiting San Francisco when an assassin aimed her pistol. Oliver Sipple, a former Marine, saw the woman taking aim and deflected her arm, saving the president’s life. Overnight he became a national hero.

Naturally, the press rushed over to interview him. Sipple refused to speak to them and requested that nothing be written about him. One reporter found it difficult to honor this legitimate appeal, and uncovered a checkered past which he hastened to publish.

A columnist approached Sipple’s mother in Detroit to comment about the revelations about her son, none of which she was aware. This is precisely what Oliver had sought to avoid.

From that point on Mrs. Sipple would no longer have any contact with her son. When she died four years later, her husband informed Oliver that he was not invited to her funeral.

The rupture in the family was too much for Oliver to bear. He became withdrawn, resorted to vices and was found dead in his apartment at the age of forty-seven.

One final news phenomenon, from the time – although a world away – of the Chofetz Chaim. Machine Gun Kelly was an American bootlegger and bank robber that frustrated police authorities in several mid-western states. After the Great Depression banks were not stocked with large cash reserves and the big money was to be found in kidnappings and outrageous ransoms.

Machine Gun Kelly and his wife Kathryn’s notoriety was rather local until he kidnapped a wealthy Oklahoman in 1933. Of the Depression era outlaws, such as Pretty Boy Floyd and Baby Face Nelson – all of whom made a mockery of the police – the Kelly’s bold crime ratcheted everything up. This was just too much for the American people, and especially for the aspiring FBI director, J. Edgar Hoover, who was looking, together with the Roosevelt administration, to expand the Bureau’s role.

Catching the Kellys would be Hoover’s golden opportunity, as he was trying to expand the force against super villains. But agents across the Midwest failed to lay their fingers on the fugitives. Always, at the last minute, the couple managed to evade them.

Their undoing came about as a result of a 12-year-old girl who was unwittingly brought into the Kellys’ circle. Machine Gun and Kate never thought twice about discussing their plans, assuming, as people do, that no one will ever hear what they imagine they are saying privately.

This fortunate example should serve as a lesson as to our own undoing that can result from indiscretion. If the walls have ears (as the Midrash points out) then how much more so, human beings. It is never acceptable to badmouth someone. And not only for the victim’s sake, but for the slanderer’s as well. 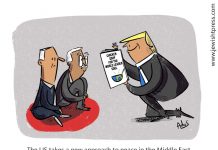 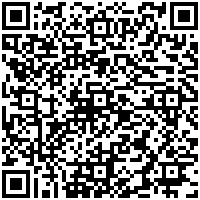