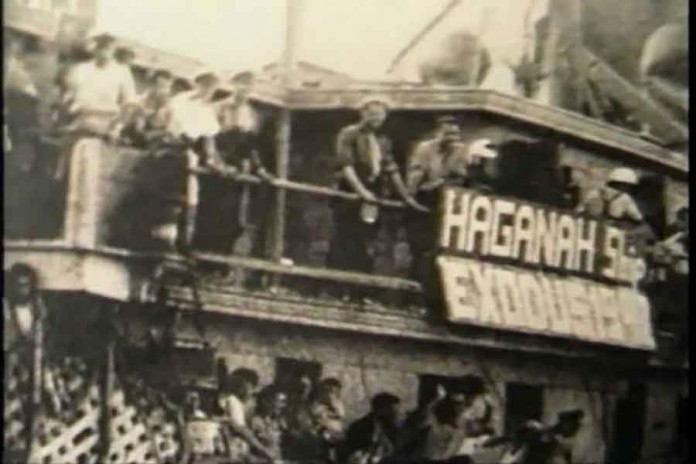 Through the pages of The Jewish Press, we have told the story of the Haganah ship Exodus 1947. As there are aspects of the drama that are not well known, I indeed have a story to tell you.

The actual events of the ship and its failed yet ultimately triumphal role in assisting in the creation of the State of Israel bear no correlation to Leon Uris’ novel or Otto Preminger’s film. Yet both artistic works’ departure from the truth is not only what novels (and their films) are made of, but has a redeeming factor that surpasses the blockbuster sales and box office success.


We shall start with the book, then move on to the movie, and ultimately, to the reality.

The two most catalytic enzymes for Russian Jewry’s desire and sacrifice to emigrate to Israel came about in the late 1960s. The most significant factor was the Six-Day War, which not only caught the world by surprise, but made a laughingstock out of Russia. Leading up to the war, Pravda (the official Communist Party newspaper of the Soviet Union) would feature tables portraying the uneven match-up between Israel and her adversaries. Israel, with her ragtag, meager armaments, was up against modern Arab armies featuring the latest of Soviet know-how and staffed by Russian advisors. The way matters were featured, it was as pathetic as putting a 90-pound weakling in the ring against a 250-pound heavyweight champion.

But after all that hype, Israel executed a stunning victory. Russia did its best to downplay the loss – if not, like the Arabs, to deny it – but the Russian Jewish underground clandestinely listened to the VOA and the BBC. What they heard surpassed their wildest dreams. Not only had Israel been spared a massacre, but the tormentors of Russian Jewry had been humiliated and defeated by their own brethren in Israel.

The morale of Russian Jewry was elevated, and with their backs upright they applied to emigrate to Israel, with all of the inherent risks. But there was yet another factor that strengthened the resolve of Soviet Jewry at about the same time, and that was Leon Uris’ novel, Exodus. A digest of the book had been translated into Russian and then mimeographed in Israel. Tourists visiting Russia on behalf of the Jewish Underground smuggled in copies. Through this clandestine network, by the end of the 1970s the digest had been widely read, further propelling Russian Jews’ desire to emigrate to Israel.

The film released in 1960, like the Haganah ship by same name, was about Holocaust survivors who fled DP camps in order to illegally immigrate to Palestine. But that is where the parallels end. The American epic film features an ensemble cast and is regarded as having been remarkably influential in stimulating Zionism and sympathy for Israel in the United States.

I saw the film when I was nine years old, and for all of its heart-thumping action and pathos, the only scene that I remember is when the anti-Semitic British officer, Major Caldwell (Peter Lawford), informs the Haganah officer (Paul Newman) disguised as an American Army Captain, “Half of them [the Jews] are Communists. They look funny too. I can spot one a mile away.”

At this point, in what my recall has substantiated was a truly memorable scene, Newman, initially startled, turns to his comrade and requests, “Would you mind looking into my eye? There may be a cinder.” As Major Caldwell conducts his visual examination of Paul Newman’s fetching blue eye, he comments, “A lot of them try to hide under gentile names, but when you look at their face, you just know.” Caldwell pronounces his colleague to be cinder-free, and Newman gives the camera a knowing look.

It is probably worthy of some analysis as to why only that scene stayed with me. Regardless, my qualifications as a movie critic are, admittedly nil, if for no other reason than the paucity of films that I have seen. But watching this movie again after so many decades, I was struck by how 1960-ish it is (and how Newman, who seems to have a cigarette in his mouth in a way that would do Humphrey Bogart proud throughout the beginning of the film, seems to have kicked the habit by the second half). But undeniably, the movie compellingly conveys the struggle and the drama leading up to Israel’s independence.

Having discussed the novel and the film, let us analyze what actually occurred because of the Exodus. When the commandeered boat docked in Haifa, its passengers were removed and placed on three prison ships. At that time the United Nations Special Committee on Palestine (UNSCOP) was conducting their interviews regarding Palestine’s future, and Aubrey (later Abba) Eban persuaded four of the eleven committee members, including the chairman, to go to Haifa to see for themselves what was happening.

British soldiers wielding clubs and hoses whipped the forlorn Holocaust survivors back onto the prison ships returning to Europe. Eban wrote in his autobiography that the four members watched a “gruesome operation.”

Witnessing the British brutality was an exclamation point for UNSCOP. Wherever the delegates went in Palestine they saw elaborate military precautions, barbed wire, armored patrol cars, searchlight beams at night – all compelling evidence of a doomed political entity. If they needed any more evidence of Jewish desperation, they were informed of how the Exodus’ passengers fought hand-to-hand with the British all night on the high seas, and only surrendered when the ramming of His Majesty’s Navy threatened to sink the ship.

The Exodus tragedy, prolonged over three months, was extensively reported upon in newspapers around the world. The UNSCOP members were definitely affected by this episode, and the Yugoslav delegate commented, “This is the best evidence that we can have.”

Evidence from a boatload of passengers who, like a refugee community of 250,000 Jews, measured their very existence against their hour of departure for Palestine. 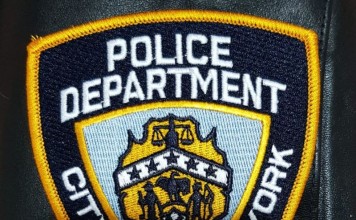 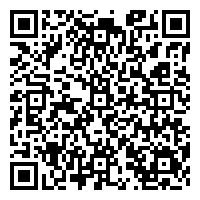