Anti-Semitism is still fresh on our minds here in the tri-state area. Thank G-d the attacks have slowed down, but not completely ceased. The politicians have made their appearances and speeches and can now pat themselves on the back for doing something to combat this evil.

It is important for us to realize where anti-Semitism comes from and what it is really all about. The Mirrer mashgiach says that anti-Semitism is one of the manifestations of the hatred that rah has for tov. The world is home to a constant battle between tov and rah, good and evil. The pasuk tells us that Yaakov Avinu and Eisav quarreled in their mother’s womb, and this battle has been going on ever since Chazal tell us that Har Sinai was called Sinai because from there, “sinah” went out to the world. This is the sinah that rah has for tov. Evil hates goodness. When Bnei Yisrael accepted the Torah, the other nations developed a hatred for us.


Anti-Semitism is based on jealousy. It is not because we have done anything wrong per se; it is just being ourselves that causes others to hate us. Some will say it is a jealousy of our success in business and other areas, but that does not explain why we are targeted over other successful people. Not every Jew is fabulously wealthy, or successful. The real thing that they are jealous over is our Torah and way of life. We are an exalted nation, if only we would recognize it more often. Those who hate us surely are aware of it. Unfortunately, we occasionally need to be reminded of this fact.

We begin reading the parsha that discusses the galus Metzrayim, and there are many lessons that we can learn and apply to our galus. The pasuk in the beginning of the parsha tells us that Yosef and his brothers died along with the rest of the generation. The Ohr HaChaim says that the pasuk is teaching us that while Yosef was alive and even while any of his brothers were alive the Metzriyim respected and honored the Jews. And even while anyone from that generation was still alive the Jews were revered. But this was a gradual process. While Yosef was alive the Jews were looked at as a higher class. When Yosef died, they were considered equals. When Yosef’s brothers died, they went down another notch. By the time the last person from that generation died, they began enslaving us.

We see from the Ohr HaChaim that although the Metzriyim were wicked all along, while Bnei Yisrael were exalted and revered, they could not enslave them or harm them in any way. And this is a two-way street; we have to feel important and significant and we must be perceived as such in the eyes of others.

If a person would sense that he is a noble dignified person, it would help him avoid falling prey to the yetzer hara. This is evident from many places. One such example is the Gemara in Shabbos 12b that says that a person should not read by candlelight on Shabbos because we fear he may come to adjust the light. Rava says, if he is an adam chashuv – an important person – he may read by the candlelight. Rashi explains this is because such a person would not adjust a candle even during the week due to his noble status. Rav Chaim Shmuelevitz, zt”l, notes, the Gemara does not say if he is a tzaddik he may read, only a noble person may read. A noble person will not do things that are beneath their dignity. The only way to avoid sinning is to consider oneself too noble to be caught up with lowly acts of sinning.

How does one become dignified? The Mishnah in Pirkei Avos (4:2) tells us, Ben Zoma says who is honored? One who honors other people. The Mishnah doesn’t say the one who is a bigger talmid chacham or bigger tzaddik; rather one who is dignified is one who honors other people. The Midrash says Hashem is called the honorable king because he bestows honor on those who fear him.

The recent horrific anti-Semitic attacks serve as a reminder first and foremost that we are in galus, and we don’t really belong here. We should all be anticipating our final homecoming. It also should remind us that we are not dignified in the eyes of our oppressors, which is a reflection of the way we feel inwards. If we would honor others we would become more dignified. If we would sense our nobility it would reflect itself on others, and while they will still be envious of our way of life, they will G-d willing not harm us. 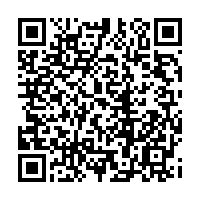