For the past few months our world has been turned upside down. Everything has changed. There is no doubt that Hashem who runs every detail of this world and our lives has a plan and has calculated every outcome of the global Covid-19 outbreak. We are unable to know and understand how His plan makes perfect sense, but we believe that it does. Additionally, in recent weeks the country has seen lawlessness the likes of which we have not seen in generations. This too is orchestrated and is being done with a purpose. I am not referring to George Soros, or whomever is behind the movement’s purpose; I am referring once again to the One who controls every aspect of our lives. He has a purpose for sending these troubles our way. While we cannot know His intentions, the Gemara in Yevamos 63a tells us that all troubles come to the world in order to bring Klal Yisrael to fear Hashem and do teshuvah.

The Maharsha in Bechoros 8b says that there are two three-week periods during the year that have the ability of cleansing the neshamah. One is the period between Rosh Hashanah and Hoshanah Rabba, and the other is the time between Shiva Asar B’Tammuz and Tisha B’Av. One must understand how any time period can compare to the time between Rosh Hashanah to Hoshanah Rabba in respect to cleansing the neshamah.


The three weeks is referred to by Chazal as Bein hamitzarim between two tzaros: namely Shiva Asar B’Tammuz and Tisha B’Av. We must understand how Shiva Asar B’Tammuz can compare to Tisha B’Av and form a three-week period. To give an example, if someone had a rock thrown through his window, and then three weeks later his home burnt down, when he wants to remember his house, he will not remember that a rock was once thrown through the window. The main connection between Shiva Asar B’Tammuz and Tisha B’Av is that the walls of Yerushalayim were breached on Shiva Asar B’Tammuz, and then on Tisha B’Av the Bais HaMikdash was destroyed. How does the breaching of the walls compare to the actual churban habayis? Why do we have a day remembering when the walls of the city were breached? Shouldn’t the day commemorating the destruction of the Beis HaMikdash suffice?

The Gemara in Yuma 39B says that for years, Klal Yisrael was warned that something terrible was on the horizon. Yirmiyahu warned Bnei Yisrael that if they did not do teshuvah, there would be a churban. Instead of listening to him, he was mocked and thrown in jail. The Jews told Yirmiyahu that they understood that they had to do teshuvah, but they did not believe that a churban was imminent. They knew that they had aveiros and that they should do teshuvah, but they did not believe that the churban habayis would actually occur. The Jews saw how nearly three hundred different powerful weapons were unsuccessful in breaking the walls of Yerushalayim, and they felt secure. In truth, Chazal tell us that the attackers were about to give up, when a bas kol came out and told them to try one more time.

On Shiva Asar B’Tammuz, they successfully broke into the city of Yerushalayim. At that point the Jews should have realized that they were wrong, and that Yirmiyahu was right; the churban habayis was imminent. The breach in the wall should have breached their hearts. It should have proven to them that the churban was upon them and should have caused a tremendous teshuvah movement. But, unfortunately it did not.

Shiva Asar B’Tammuz is a time which teaches us that Hashem always gives us a chance before the actual churban to do teshuvah. We just have to heed the call. Hitler, yemach shimo, did not come to power in 1939. He came to power 7 years earlier. There were many signs that were screaming to us then that trouble was brewing. By the time Kristallnacht occurred, in 1938, we should have heard the message.

We must learn from Shiva Asar B’Tammuz that warnings are to be taken seriously and we must begin to attain a greater fear of Hashem and do teshuvah. If we can contemplate the warnings that Hashem is sending, and I do not think I have to elaborate, it can make a tremendous impact on us to do teshuvah. In this way, the time period between Shiva Asar B’Tammuz can be equated with the time between Rosh Hashanah and Hoshanah Rabba.

Hashem is calling out to us. If we hear the message of Shiva Asar B’Tammuz and learn from it, we will be zocheh to celebrate Tisha B’Av this year as a Yom Tov. May it be His will, amen. 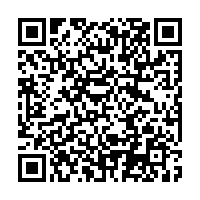