On the fifth of Teves 5747 (1987), the U.S. District Court for the Eastern District of New York ruled decisively that the vast and rare library collected by the Previous Rebbe, Rabbi Yosef Yitzchok Schneersohn, belonged – as the Rebbe himself did – to the Chabad movement as a whole.

In his ruling, Judge Charles Sifton wrote: “The conclusion is inescapable that the library was not held by the Sixth Rebbe at his death as his personal property, but had been delivered to plaintiff [Agudas Chasidei Chabad] to be held in trust for the benefit of the religious community of Chabad Chasidism.”


What follows is a free partial adaptation of the sicha that the Rebbe said on the anniversary of this victory, five years later in 5752 (1991):

Today, the fifth of Teves, is associated with the liberation of holy texts that were “held captive.” Namely, holy seforim and handwritten manuscripts of our Rebbes, belonging to the Library of Agudas Chassidei Chabad, under the direction of my father-in-law the [Previous] Rebbe.

This “liberation” renews itself annually on this day, as the verse says (Megilas Esther 9:28), “These days are to be remembered and celebrated.” Through proper remembrance, they are celebrated with the same intensity as the first time, i.e., the same G-dly energies are generated.

In general, we are taught in the Mishnah (Avos 4:2) that one mitzvah leads to the next, and also brings a person to repeat the same mitzvah over again. Certainly the tremendous mitzvah of freeing captives – expressed to some extent in the freeing of captive seforim – should lead to additional activities in this area.

Presently, there is still a group of holy texts and manuscripts that are waiting to be redeemed from captivity and returned to their rightful owner, the [Previous] Rebbe. They anticipate their return to the building which served as his synagogue, house of study, and house of good deeds – in the language of the Talmud (Megilah 29a) “the house of our master in Babylon.” May this day of Hey Teves speed the return of these holy texts.

Seforim (holy texts) are associated with G-dly wisdom, the wisdom of the Torah. When a new holy text is obtained, this enhances all the holy texts which one had previously. A parallel can be seen in our process of understanding: the knowledge we derive from a new text amplifies the knowledge we previously had received from other texts. It will also cause a further increase when we study those other texts again. This is especially so when all these seforim belong to one library – the Library of Agudas Chassidei Chabad.

Moreover, this mitzvah of freeing captive seforim on Hey Teves will also bring about the ultimate freeing of captives – when G-d Almighty will redeem all of us from Golus with the true and complete Geulah.

The Geulah is the culmination of our efforts in refining and redeeming all the G-dly sparks that are currently “captive” and concealed in this world. Since everything begins and is drawn from Torah, it is understood that this all starts from “redeeming” Torah texts that are in captivity.

Obviously, the true liberation and victory of the seforim is when there is additional study in them. Consequently, Hey Teves is a day to strengthen our commitments and add in our Torah study – beginning from the first formal sefer of the Oral Torah, the Mishnah. When G-d Almighty sees that we make sincere resolutions to add in Torah study, the resolutions themselves have an effect, as if we already fulfilled them.

This also underscores how the redemption of the seforim leads to the general redemption of the Jewish people. “Zion will be redeemed through justice” (Yeshayahu 1:27) – referring to Torah study, and our Sages teach (Vayikra Rabboh 7:3), “The exiles will be gathered in the merit of Mishnayos.”

The Rebbe then gave two dollars to each participant for tzedaka. 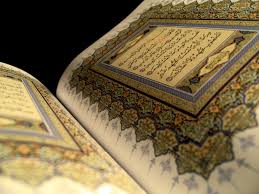 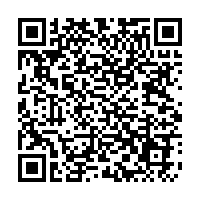