In the haftorah for Parshat Shemot, the prophet Yeshaya decries the Kingdom of Israel’s moral decline, saying that its “tzvi tiferet” (splendor of its glory) had withered away (Isaiah 28:1, 28:4). In an earlier prophecy, Yeshaya foretold that after G-d eliminates the wicked, the remnants of the Jewish People will be “for tzvi and for honor” (Isaiah 4:2).

Rashi writes that “tzvi” means beauty, while the Radak writes that it means desire/glory. The Radak argues that the Babylonian Kingdom was the “tzvi of all kingdoms” (Isaiah 13:19) because it was the most desired place and the pride of the Chaldeans.

The Holy Land is described as the most “tzvi” of all lands (Ezekiel 20:6), which means either that it is the most beautiful land (Ritva) or the most splendid and desirable land (Radak) because it has the most perfect, balanced climate.

Midrash Shocher Tov (to Psalms 5) asserts that the Holy Land is called “eretz ha’tzvi” because all the nations of the world desire it. Pseudo-Rasag (to Daniel 11:16) says it has this name because G-d wants His presence to dwell in this land.

In Sefer Daniel, the Aramaic word “tzva” appears in the sense of wishes or wants. Rabbi Eliyahu HaBachur (1469-1549) writes that “tzva” means “emet v’yatziv” (true and well-grounded). Rabbi Shlomo Pappenheim of Breslau (1740-1814) explains that “yatziv” (well-grounded) and “tzvi” are related because both derive from the two letter root tzadi-bet, which denotes standing. Something well-grounded stands on well-established bases. “Tzvi” in the sense of want or desire is directly related to this root because something desirable always remains in one’s thoughts as if it were constantly standing in front of him.

“Tzvi” is also the name of a kosher wild animal (Deuteronomy 14:5), commonly translated as deer or gazelle. Rabbi Pappenheim explains that deer is related to desire because although they are usually quite tame, they can become wild and dangerous when in heat during their mating pon farr season.

I would suggest that deer is related to desire because deer are known for their ability to run swiftly such that they are generally free to follow their heart’s desires. Moreover, “tzvi” is also related to beauty, and we find that calling someone deer-like is a complementary term of endearment in the Bible (see Song of Songs 2:9, 2:17, 8:14). A deer is, indeed, a handsome animal with its sleek physique and beautiful antlers. Rabbi Aharon Marcus (1843-1916) posits that a deer is called “tzvi” (from the tzadi-bet root) because of its elegant, stately way of standing.

Rabbi Pappenheim writes that other words derived from the bilateral tzadi-bet root include “matzeivah” (a monument erected to mark a tomb or cultic place of idolatry); “tzava” (a standing army, ready to take orders); “tzavah” (bloating since something swollen is less likely to move from its place and will thus remain standing); “tzav” (a turtle, whose large shell makes it appear bloated); and “tzav” (a covered wagon, whose shape resembles a turtle.

Midrashic exegesis understands “tzvi” as applied to the Holy Land to mean deer, not desire or beauty. The Talmud (Kesubos 112a, Sifrei to Deut. 11:10) says that just as a deer is “bigger” than its skin (such that once it is skinned, the skin shrivels and cannot be restretched over the deer’s body), so too the fruits of the Holy Land are more plentiful than the land itself (i.e., Israel is geographically too small to store all the produce it yields). Alternatively, just as a deer is light-footed and runs swiftly, the produce of the Holy Land ripen extra quickly (see also Shemot Rabbah §32:2).

Although colloquially, “tzava” (with an aleph) means army, it literally means legion (i.e., gatherings/groups of people). Rabbi Chaim Friedlander (1923-1986) and Rabbi Samson Raphael Hirsch (1808-1888) connect “tzava” to desire/will/wanting, explaining that an army, or any group of people, can be said to be joined together only if they share a certain desire. If they unite for a common goal, they are an army. Otherwise, they’re just a hodge-podge of unrelated individuals.

The Modern Hebrew slang word “sababa” is untranslatable, but it’s used to express enthusiasm, satisfaction or agreement, along the lines of awesome or cool. It actually comes from the Arabic “tzababa,” which means great/excellent in spoken Arabic, although its technical meaning is yearning/strong love. This Arabic word is actually related to the Hebrew/Aramaic words that we have been discussing, and so “sababa” should actually be pronounced “tzababa.” 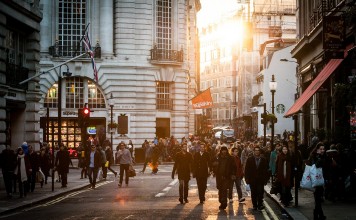