This true story happened recently in Yerushalayim to Rachel Levi*, a very fine woman who has very difficult challenges. She married someone who she thought would be the husband of her dreams’, but sadly her life with him turned into a nightmare. Rachel is an understanding and compassionate person and thought that she would be able to help her husband change, but nothing helped and eventually they divorced.

Rachel was left to fend for herself and her four young children alone, but they weren’t alone. Hashem was with them and gradually, Baruch Hashem, things started to improve. Rachel went to a religious social worker who helped her get herself together emotionally after all those difficult years and her children also received help. And with great siyata d’shemaya (divine help), Rachel and her children slowly but surely began to heal.


Rachel’s ex did not provide child support and she found herself the sole provider for herself and her children, which was not an easy job for her, being that she did not have a lucrative profession, plus she didn’t want to leave her children at home alone for hours at a time. So it was hard to make ends meet. But they had a home, albeit small, a mother who gave her children tons of loving attention and everything else that money couldn’t buy. Plus they were religious children in religious schools. And so they learned, and tried to believe and internalize, that everything is from Hashem for the good. Even the difficult things in our lives are ultimately for our good.

Now that life was so much better for them, it was becoming easier and easier for them to believe that. Now things were good. Now they could smile again. Now they could play, talk, even sing, dance and fool around without fear of a horrible outburst that would destroy their joy.

Their mother told them to each keep a special gratitude notebook* in which each day they wrote all the good things that happened to them, big things and little things, things they were grateful for, as well as, on the facing page, all the good things they did that day. Every day they made entries in their notebooks and every Shabbat each of the children went over that week’s entries aloud and shared them with their siblings and their mother. And so little by little they learned to become aware of all the goodness that Hashem gives them, the goodness in their lives that reinforces for them how much their true Father, their Father in Heaven, loves them. And gradually their pain subsided, replaced by gratitude and happiness.

But there was still one thing that was hard, but the children were careful not to complain because they knew their mother worked hard and did her best to give them everything they needed. But one night when everyone was in the kitchen, Sara’le said: “Ima, why don’t we have snacks and chocolates and sweet drinks like my friends have?” “Well, you know”, their mother answered, “most of those things aren’t healthy. They’re full of sugar and artificial colors, And they’re very bad for your teeth, too.”

“But what about just sometimes”, Sara’le asked. “Like just on Shabbat. Leah’s mother said that if they eat that stuff just once a week, it’s okay. Couldn’t you just get us candies and snacks just for Shabbat? Please, Ima.”

Rachel was quiet. What should she say? After a few moments of thought, she said the truth: “Sarah’le, that’s a good idea and I’d like to do that, but at the moment, I just don’t have the extra money to buy snacks. Maybe in the future, b’ezrat Hashem.” The disappointment on her children’s faces was hard for her to see. Suddenly she had an idea and she said: “Let’s all daven to Hashem that we should be able to have the things we want, especially for Shabbat.” “That’s a great idea,” said Yossi. “My rebbe says that’s the best thing to do when you need something.” “I have an idea, too”, said Shalom, “Let’s make a list of all the things we want and then when we daven, we’ll remember exactly what to ask for!” Rachel smiled, her heart filled with nachat from her children”s sweetness and flexibility. Instead of crying and acting out, they were going to make a list and daven.

And that’s what they did – they made a list that included all the delicious looking things they saw in the stores but never bought, and then they taped it onto the refrigerator door. And then they started davening. “Hashem, please let me have potato chips and chocolate wafers for Shabbat like the other kids . . . Hashem . . . please . . . . .” Every day they all davened for everything on the list. And of course, Rachel davened, too, to be able to help her kids feel normal, to feel like regular kids with an occasional sweet or salty nash l’chvod Shabbat Kodesh.

The next day, there was knock on their door. “Who is it?” asked Mrs. Levi, but no one answered. She asked again, and again no answer, so she looked through the peephole, but saw no one. She slowly opened the door and though no one was there, there were three huge boxes filled with food near her door. She looked to see if there was a name written on it as it was obvious to her that it had been delivered by mistake, but there wasn’t. But the name of the supermarket was on the boxes and so she went back inside, looked up the store’s phone number and called to correct the mistake. After explaining to the person who answered what happened, she was told: “Please hold on, and I’ll check into this.” After about two minutes the person was back on the phone. “What’s your name, please?” “Rachel Levi”. The response was immediate. “It wasn’t a mistake. Those packages were purposely sent to Rachel Levi at that address.” “What??????” The woman repeated: “Those packages were purposely sent to Rachel Levi at that address.” “Who sent them?” “I don’t know.” Please let me speak to the manager.” “One moment, please.”

Within a minute Rachel was speaking to the manager who explained: “A woman with an American accent told me that in addition to her own purchases, she would like to send a ‘chesed parcel’, a package of kindness, to a fellow Jew for whom buying food was difficult. Someone who knows you”, continued the manager, “‘happened’ to overhear our conversation and told us that your family could use some help. ‘That sounds perfect!’ said the American shopper and took an empty wagon around the store picking out all types of food for you and your family.”

Rachel was astounded. “Who was the lady? I want to thank her.” she asked. “I’m sorry”, said the manager, “she asked to remain anonymous. She said she’s simply a Jewish lady who wants to do a kindness for a fellow Jew.” Rachel started to cry with gratitude and joy. “Please tell her for me how much I appreciate the kindness she did, and how much it will mean to my children. Please thank her for me and tell her that I send her my blessing that she should continue to do kindness for Am Yisrael til 120!” “I’ll tell her”, said the manager. “Shalom.” And he hung up.

Rachel told the children what had transpired. “YAY!” “Todah, Hashem! Thank You, Hashem!” they shouted together. Rachel’s gratitude was overwhelming. “Thank You, Hashem!” she said with tears in her eyes and heart. And then to the children she said: “Let’s bring it in.” And so they pulled in the heavy cartons and started unpacking them. Every good thing imaginable was in there. And not just basics. Every item on the children’s list, every item they had davened for was there! And it was enough for much more than one Shabbat. “Hashem heard our prayers!” shouted Sara”le. “And He answered them!” said Rafael. And Yossi said: “My rebbi was right! The best thing to do is daven because Hashem can do anything!”

* not real names; some insignificant details have been changed to protect privacy.

Naomi Brudner’s new double musical CD for children and their families, YOU ARE WONDERFUL! (together with SOMETHING WONDERFUL! as a free gift) is now available in stores as well as for digital download purchase. 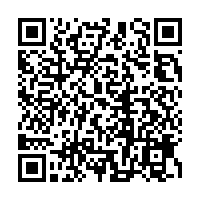