Our third daughter and her family arrived in the Holy Land for a six-week visit on Thursday evening, mere hours before our fifth, and youngest, daughter celebrated her engagement party in our home. A few hours of controlled and very happy chaos ensued, and then everyone went their separate ways, leaving only an incredible mess and many wonderful memories to mark the exciting event. Baruch Hashem everything had gone remarkably smoothly, and we were extremely glad that so many friends and family members had participated, that the young couple had looked so radiant, and most of all… that it was over!

My husband and I set to work tackling the federal disaster area that had once been our living/dining room, and then the guys helped bring our leather couch back in from its temporary exile on our sukkah mirpeset, and next schlepped our dining room chairs back from their cramped banishment in my husband’s study.


B’chasdei Hashem we were scheduled to join my husband’s yeshiva for an alumni Shabbaton that Shabbos, and we were very much looking forward to it on many levels. The “Shabbat Bogrim” was by far our favorite and definitely the most nachasdik of the handful of Shabbatons we spent with the yeshiva each year. Our wonderful founding bochurim were now by and large married with children of their own. So it was a magnificent ever-expanding yeshiva family that now populated the alumni gatherings. The noise level had risen exponentially, as had the frenetic pace of activity. And the nachas level likewise soared to the stratosphere.

It would be the first time that we were bringing this married daughter and her entourage along, but it promised to be a wonderful reunion, not only for the yeshiva graduates and their wives and children, but for a number of our own children and grandchildren as well. Besides which, the timing of a Shabbos off could not have been more Heaven-sent.

Then came Friday, and virtually all of our best-laid plans came tumbling down almost immediately.

“My throat is really hurting,” announced our recently arrived daughter. “I actually haven’t had this in years, but it feels like strep!”

Uh-oh. Not exactly the first thing I wanted to hear on any erev Shabbos, let alone on the shortest one of the year. I set to work posthaste, making frantic phone calls to our Kupat Cholim, only to find out that the nurses were not in on Fridays; hence no tests or throat cultures were available at our local branch. If she hurried, however, my daughter just might make it to the adjacent neighborhood’s clinic before closing time.

“Wait a minute!” I said, after a belated (not to mention increasingly rare) light bulb moment. “Your travel insurance can be used for any Kupat Cholim! Let me call my machateinista the nurse, and see if her Kupat Cholim can test you.”

In the end, my daughter called her directly, only to strike out again. But my lovely mechutenet was not deterred. “Go to the pharmacy and buy a rapid strep test kit,” she instructed. “I’ll be happy to administer it for you.” Then she sincerely apologized that she would be unable to come by, because she had unfortunately sprained her ankle. And while my better half joked and proclaimed, “That’s no excuse! Get over here!” to everyone within earshot, my daughter scrambled to buy the test and bring it to the nurse’s home. The results confirmed her dreaded suspicions: Indeed it was strep.

Feeling it imperative to start her on antibiotics immediately, rather than have to wait until the doctors’ offices reopened on Sunday, I began making more harried phone calls, this time to local doctors who belonged to our shul. One was not authorized to write prescriptions in Israel; another could not be reached. And soon the pharmacies would be closing for Shabbos…

In desperation, I looked up my general practitioner’s home phone number and hesitantly dialed. His wife’s cheerful voice summoned the doctor to the phone, and he very graciously relayed the prescription to the pharmacist in time. As I would later learn, the pharmacist too had wanted a share of the mitzvah, giving my daughter his personal contact information and assuring her that he would reopen after hours if need be.

So, thanks to an outpouring of chesed from multiple kind and considerate individuals, my ailing daughter was Baruch Hashem able to commence her treatment regimen shortly after noon on Friday and totally nip her nasty throat infection in the bud. By Shabbos morning, she was practically back to her incomparable, upbeat self, and able to minister to her jet-lagged family members.

She and her family did not end up joining us for the eagerly anticipated Shabbaton/reunion after all, but instead spent Shabbos in our home (B”H for takeout!), enjoying some much-needed peace and quiet while they all recuperated from their journey and gathered their strength for the fabulous adventures and upcoming simchas that awaited them. As for the rest of us, we spent a lovely, if not entirely restful, Shabbos with about 80 members of our extended yeshiva “family.”

In retrospect, everyone ultimately ended up where he or she was destined to be, both on that extremely memorable erev Shabbos, and on the physically and spiritually restorative Shabbos that followed. And each of us was overwhelmed with awe and gratitude for the magnificent culture of chesed that had made it all possible. 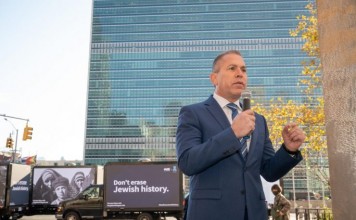 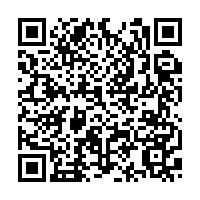