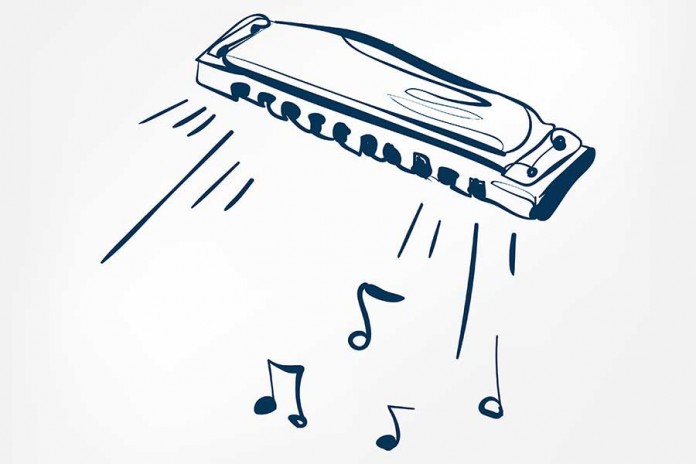 It was June, 2020, and our children were planning a 70th birthday party for my husband, Yakov.

Due to the Coronavirus’s spread, we decided to hold his party in our backyard. We further made a decision that each of our children and their families would hold a separate celebration for Yakov. Each family chose a day, and arrived with dinner prepared, a birthday cake and candles, balloons and, of course, gifts.

Our son Rafi and his family catered the first party. Our young grandson proudly presented his gift.

It was a harmonica, which none of us knew how to play, but Rafi had a wonderful idea. Prior to the party, he searched the internet, hoping to find a harmonica performance. He found just what he wanted. It was a video of a performance in Carnegie Hall. At the end of the performance, there was a standing ovation and loud applause. Just when the evening seemed to be coming to a close, a young man came out to stand in front of the orchestra. He was introduced as a well-known harmonica player. The audience had not expected this, and curiously waited to see what would happen.

Out of this unobtrusive instrument, came the sounds of classical music, beautifully played. Our son had set his cell phone to begin playing this part, but what he really wanted was played closer to the finish. Rafi told his father to start playing the harmonica, but he had no idea what was in store for him.

Suddenly, the tempo changed and the William Tell Overture was played with gusto. The audience went wild. Yakov was known for his wonderful sense of humor, and got right into the part. My husband’s performance was flawless.

But, the story doesn’t end here….

Within a few months, with no prior warning, my formerly strong, healthy husband started to slow down. It didn’t take long for him to find himself in a hospice in Yerushalayim. He was weak and couldn’t eat or drink. It was hard for him to talk. Now, his jokes were hard to come by.

One day, he asked me to do him a favor. I loved watching what became known as the harmonica video. He knew it had a place of pride on my cell phone. He asked me to call over a few of the very busy nurses, and show them the clip. I knew this was important to him. Three nurses stopped and gathered around me. I started the clip, and they all laughed and thanked me. They needed to see their patients as more than just people who were very sick. My husband didn’t last much longer, but long enough to give them this gift of laughter.

It now holds a place of honor on my desk – a reminder for me to remember him the way he had been.