Good thing I brought lots of tissues. I’m like a Boy Scout that way; I always come prepared. Ditto with the water bottles I grabbed from the fridge just before we set out, one for myself and one for my sister-in-law.

Ironically, Tuesday started out being the one relatively relaxed day of an especially hectic week. Aside from shopping, cooking, and otherwise preparing for Shabbos, Yom Tov, and their commensurate roster of guests, I was overscheduled with babysitting, or Bbbby-sitting, as we affectionately call it.

I went to bed at 11 p.m. Monday night thinking that I had one brief Cofix meeting tentatively set-up with a new friend in the morning, and a three-and-a-half-hour babysitting stint for one adorable grandson in the afternoon/evening. By the time I checked my messages just after 8 a.m. on Tuesday, however, my morning was beyond crammed, and my afternoon plans were called into question too.

Daughter #3 had WhatsApped me, sounding as exhausted as she no doubt felt, asking if I could possibly watch her two-and-a-half -year-old so she and the baby could take a much-needed nap. Her husband was away working in the States, and she was single-handedly juggling home and hearth, including four young children.

The next message was from my daughter-in-law, AKA an excellent hairdresser/sheitel macher.

“I washed that sheitel I told you about, and have some time available this morning to see if it might work for you. Please let me know when you can come!”

So nice of her, and I needed a new weekday wig like I needed my life. But my daughter apparently needed me even more.

Plus I wasn’t close to done yet. There was also a lengthy text from my wonderful sister-in-law, sent after I had already gone to bed.

“Meant to call you earlier but I was busy on the phone for hours trying to straighten out my Social Security… Our friend’s surgery is tomorrow so I am seriously thinking of going to Kever Rachel. I’m sure you’re busy with yontif preparations, but if you have any interest please let me know in the morning… Have a good night. Looking forward to speaking to you in the morning.”

In the meantime, I had received a text and a voice message from my lovely new olah friend, trying to coordinate our coffee meeting.

I was one very confused middle-aged woman with too many demands on her time and too few hours in her day. And it was not yet 9 a.m.!

My first line of defense was to buy myself some time. And at least hop into the shower and clear my head.

I replied to all the messages, furnishing a short synopsis of my scheduling conflict and promising an update.

Here’s where I would love to say that I seamlessly (more like miraculously!) managed to coordinate all of the above, with time to spare. Unfortunately that was not the case. I never claimed to be Superwoman when I was younger, let alone several decades (and pounds!) later.

Instead I opted to prioritize based on need and urgency. To that end, I devised an intricate timetable by which I could accompany my s-i-l to Kever Rachel, return directly to my daughter’s apartment to babysit my grandchildren, and still arrive back home in time to look after my grandson. I got tired just thinking about it, but I was pretty convinced I could pull it off.

Then my daughter unceremoniously burst my bubble. She thanked me profusely, but refused to take me up on my offer.

“I hope to take the kids out then to buy new shoes and clothes for Yom Tov,” she shared. “I’ll be fine; it’s all good…” she assured me.

So why was I feeling major Jewish-mother’s guilt and wiping away unbidden tears?

My olah friend preempted my next move by showing up at my door bearing two takeout cups of Cofix ice coffee. A very welcome visit and refreshing treat, indeed! We spent half-an-hour or so relaxing together, and even managed to make two important phone calls. Then she borrowed something for Yom Tov, bade me a cheery “Chag Sameach!” and set off to her ulpan class.

Two down. Sort of.

The sheitel had waited years already, so it was hands-down my lowest priority. Conversely, my sister-in-law’s request was #1. However, she had planned to take a couple of buses each way for the commute, spending most of the day in transit. Sadly, that was not an option for me, both because of my prior commitments and because I get extremely carsick.

Instead I called a local cab company to price the roundtrip fare plus a fifteen-minute wait; the quote seemed fair, so I begged my s-i-l to let me pay for a taxi. Some requisite good-natured haggling ensued, but she finally partially acquiesced to my demands (the cab part, not the paying part!), and we belatedly set out on our mission.

“Our friend has surgery scheduled for today in the U.S.,” we shared with our bare-headed, long-silver-haired driver. “We want to daven for her at Kever Rachel…”

“My son has surgery scheduled today as well,” he replied.

“Then it’s min haShamayim that you’re driving us to Mama Rachel!” , we both shouted simultaneously. “You’ll have an opportunity to pray for your son too!”

He admitted that he had not been to Kever Rachel Imeinu (as he poignantly called it) for over twenty years. And he spent much of the long, circuitous drive recounting the harrowing tale of how his young son, then newly discharged from the IDF after serving with distinction in the elite Duvdevan unit, was recruited to help apprehend two wanted terrorists in Chevron. In the heat and confusion of the operation, the chayal’s best friend, a lone soldier from abroad, accidentally shot him… sixteen times! And although he miraculously survived relatively unscathed by the gunfire (thanks in part to his bulletproof vest), he fell off a high balcony and suffered severe injuries from the fall. He subsequently had to undergo many surgeries and extensive rehabilitation, while his distraught friend spent half-a-year in a psych ward.

By the time we made it to Kever Rachel, we were reeling from far more than just the winding roads, and I had gone through quite a few tissues already.

Our driver gave us more than the agreed-upon time to daven, and beseeched us to include his son in our prayers, which we earnestly did.

When we returned teary-eyed to the cab, our driver, now wearing a white silky kippah, proudly told us that he had davened by Mama Rachel as well, and then admonished us to wash our hands, “But do not dry them!” after leaving the kever. (Only in Israel!)

I offered him my still-cold water bottle, and he gratefully accepted, citing some questionable segulah regarding water from kivrei tzaddikim. By the time we returned back home, we were practically BFF’s! I took the driver’s number and promised to call for an update, and we exchanged heartfelt brachos for a refuah sheleima and a Chag Sameach.

Baruch Hashem both surgeries went well, and the two well-loved patients are on their respective roads to recovery be’H. As the ‘chiloni’ cab driver summed-up in our follow-up phone conversation, “Bizchut all the tefillot and HaKadosh Baruch Hu!”

And b’H I was able to do teshuva on my earlier offense by offering to babysit my grandchildren the following morning, after my daughter endured yet another difficult night.

Admittedly I’m still no Superwoman, but Hashem does seem to allocate special powers and opportunities to His loyal servants, be they middle-aged Savtas or long-haired cab drivers. 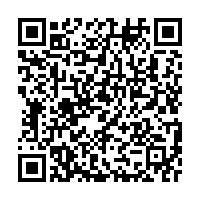