Yes, you read that correctly. Although V’nahafoch Hu is generally associated with Purim, two years ago we experienced a definite Pesach-related V’nahafoch Hu. And not only in the traditional sense of turning over the house, especially the kitchen, in annual preparation for the second of the P-holidays.

This was back when ‘corona’ was still just a sophisticated synonym for a crown, and the pandemic that has totally upended and overturned our lives (in a terrifying reversal of the miraculous Purim V’nahafoch Hu) was merely a nightmare scenario relegated to the realm of science fiction.


Our second son and his wife made aliyah shortly after their chasunah, joining us on our ‘second coming’ homecoming journey. Sadly, although we are going on twelve years be’H since our return to the Holy Land, the young couple decided to return to the U.S. after only three years, shortly before the birth of their second child.

We were beyond disappointed, but respected their decision and wished them well. Aside from my husband, myself, and a number of their younger siblings, they left behind quite a few very close friends who were likewise devastated to see them go.

On the positive side, we visited each other for simchas and vacations over the years, and often caught up with them on Skype.

And our son, who is an avid biker, would come visit an additional week each year on his own, to participate in a fundraising bikeathon spearheaded by a close friend of his in our community. The grueling two-day bike ride in Northern Israel was routinely scheduled for shortly after Pesach, before the weather got too hot. However, because of the double Adar that year, the organizers decided to reschedule the annual ride between Purim and Pesach instead.

Of course we were thrilled at the prospect of his upcoming visit, despite the less than perfect timing of his trip. And, although we were in no position to pay for his ticket outright, we were baruch Hashem in possession of sufficient air miles to procure a mileage ticket for him.

Thus Purim passed and weeks of intense pre-Pesach cleaning loomed. However, at that point everything was reasonably straight-forward and under control.

Then our daughter-in-law decided that, although her home-based businesses were at their peak at that time of year, and their family was likewise planning to spend Pesach at home, she really wanted to join her husband for that week in the Holy Land. Ouch!

Not only were we clean out of mileage, the prospect of having our daughter-in-law visit so close to Pesach sent things into a tailspin, and yours truly headlong into panic mode. A son is one thing, but a super put-together and organized daughter-in-law???

Long story short, the kids managed to scrape together their own mileage to pay for most of her flight, and I tried my best (with admittedly limited success) to curb my mounting anxiety.

Several other factors unexpectedly surfaced to further complicate matters, but in the end, the unplanned visit turned out to be (in V’nahafoch Hu fashion, as I already mentioned) a tremendous asset, rather than the unmitigated disaster I had envisioned.

While I was expecting my kids’ presence at such a crucial time to majorly impede my progress, my daughter-in-law instead practically begged me to let her help organize our home for Pesach. And although, unlike me, she employs an excellent cleaning woman to be responsible for her own household’s cleaning and laundry duties, she is a dynamo at cleaning and organizing.

Needless to say, I did not require too much arm-twisting! She gleefully set to work, bulldozing through my teenage daughter’s room, and then moving on to the kids’ rec room (which for obvious reasons I insisted on spelling ‘wreck’ room).

In all she designated several bags of clothing to donate to a local gemach, and discarded some fifteen bags of garbage, mostly old notebooks and workbooks that the kids had never let me throw out.

In the midst of this frenzied Pesach/spring cleaning marathon, I received a message from our shul: Mazel Tov! A young family from our beit haknesset just had a baby girl! A meal train sign-up was sent out soon after, with the first dinner request being for that very evening.

Truth to tell, I am more than happy to help young mothers after birth, but I admittedly require some advance notice to shop for and prepare an impressive well-planned meal with all the trimmings. There was no way I could volunteer to have dinner ready for a family of seven on such short notice.

But again my daughter-in-law rose to the challenge, this time beseeching me to let her buy and cook that night’s dinner for the young family. So I gave her my credit card, and she and my son set out for the nearby supermarket.

Before I knew what was happening, they had returned with shopping bags full of fresh produce, baguettes, and other groceries, and were already busy in the kitchen, chopping, sauteing, and cooking. In seemingly no time, they managed to prepare a lovely meal, complete with soup, salad, garlic bread, and a main course.

I emerged from my shocked state long enough to contribute ice cream and freshly baked chocolate chip cookies for dessert, and viola! A practically instant dinner for seven was wrapped, packed up, and ready to be delivered!

Did I mention that my daughter-in-law has seemingly unlimited excess energy, and is one of the best cooks and bakers I know? I ended up sending the young shul family some food and desserts for Shabbos, but if not for my kids’ insistence, they would in all likelihood not have had dinner prepared for them on the mother and baby’s first night home.

And just in case you’re beginning to think of me as a slave driver like Pharaoh himself, I feel compelled to reiterate that she not only offered, but literally begged me to allow her to assist with all of the above. Stranger still, while the rest of us were falling apart/passing out from the pre-Pesach workload, my daughter-in-law did not even break a sweat! After hours spent cooking and cleaning, she happily walked uphill for nearly thirty minutes to visit her long-ago friends who were anxious to see her again.

When I had time to come up for air, I marveled at both her impressive energy level and her genuine excitement about being able to contribute to our family and to the anonymous shul family respectively.

Suffice it to say that the ostensibly poorly timed visit turned out to be meticulously well timed indeed, and we wish that we could book her a flight to Israel every erev Pesach for the foreseeable future. 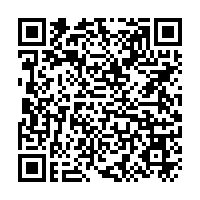