A close relative of mine, I’ll call him David, worked at a home for children whose parents could not properly care for them. He and his co-counselor, I’ll call him Yossi, were wonderful examples of adults who gave them love, hope, and kindness.

David and Yossi went beyond their duties at the children’s home. They did a building project with them, they took them out for pizza, etc. The two counselors decided that they would give the boys a great time in the waters of the Jordan River. There was no budget to hire a bus, so they traveled by public transportation from Yerushalayim up north. The boys were ecstatic at the prospect of kayaking in the waters of the Jordan River. It was rare that they were taken on trips of any kind.


They all had a wonderful day swimming, picnicking and kayaking. Screeches of laughter, loads of splashing their friends and counselors, and unadulterated delight described the enjoyable experience of maneuvering the kayaks through the cool waters. Time passed too quickly, and soon it was time to come to the banks of the Jordan River and return the rented kayaks.

The group settled on the ground to rest. David and Yossi were really pleased that their “boys” had enjoyed the activity greatly. As David sat down on the ground, he put his hand on his gun holster and became very alarmed. His pistol was not there! He realized that it must have fallen out somewhere in the waters of the Jordan River. He was quite frantic. Losing a firearm was serious business.

David told Yossi about his loss and the two of them began searching in the river. Talk about a needle in a haystack! Actually David’s situation was perhaps more difficult because a haystack is stationary while a river is constantly flowing.

David is not the type of person to easily give up. He is a determined young man. He made various phone calls. One was to a diving service. He was told that their service would cost about $3,000. David felt that he had no choice but to hire them, even though that would wipe out his hard-earned money.

Nervously, he called the police to report the lost pistol. The policeman who answered asked David various pertinent questions. He told David to update the police should there be a change in the status of the gun. David was very concerned about the punishment that would befall him if the gun was not retrieved.

Meanwhile, his friend Yossi made another contribution to the cause. David had not yet heard from the professional diving service that he had called. Realizing that time was of the essence, Yossi called a friend of his, who, like himself, lived in the Golan. He asked the friend to bring two diving suits.

After a long, anxiety-filled wait, the friend arrived from the Golan with two precious wet suits. Yossi and his friend put on the wet suits and continued the search for the gun. The water was getting colder, and one could hardly see under the water due to darkness falling and the abundant vegetation. They had to mainly grope their way and use their sense of touch to try to locate the missing firearm.

In the meanwhile the youngsters and David were on the banks of the river praying that the gun be found. The boys understood that David might be in hot water if the gun was not found. David was concerned about why the professional diving service had not yet arrived. He was growing more despondent by the minute.

Suddenly there was a shout from Yossi, “I found it! I found the gun! It was entangled in the underwater plants!” All of the onlookers shouted for joy. Yossi sloshed out of the water and brought the waterlogged pistol to David to ascertain that it was really his gun. It was!

David called the diving service to cancel. Since they had not yet arrived, he was told that there would be a cancellation fee of one third of the full price. He then called the police, but a different policeman was now on duty. David described to him the events of the lost and then found gun. The policeman wrote down a report. David was concerned that the policeman really update the original report, and that David would not receive a police summons or something of that order.

When David related his adventure to me, I immediately asked him if he had davened the special prayer of Rabbi Meir Ba’al HaNes, along with giving tzedakah, for finding a lost object. He had indeed, and the two divers must have been the rebbe’s shlichim. 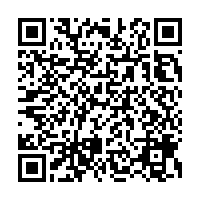