I moved from Manhattan to Oakland, Tennessee, to live with my brother Norman, his wife, and children. They had moved there a decade earlier from Pennsylvania and I missed them very much. I lived with my family for a year and a half and then decided to get my own apartment in Memphis.

I found the ideal apartment. The rent was affordable and the property manager was kind. Passover, my favorite holiday, was approaching and I was busy shopping and cleaning. I had accumulated some really nice pieces of silver Passover-related items which I displayed on my living room table. I was happily looking forward to the holiday.

It happened on either the seventh or eighth night of Passover. I was getting ready for bed. I lived on the ground floor and the apartment had a patio outside my living room; they were separated by a glass door covered by vertical venetian blinds. I usually made sure to lock all the doors because Memphis had (and still has) a serious crime problem.

That night, I was very tired and for the first time in over three years, I left the patio door unlocked and went to bed. My apartment faced the back where outsiders could freely roam about.

The next thing I remember was standing in front of the patio door, watching the blinds swing back and forth. I had a cat and thought he was playing there, but he was nowhere around. I slid the patio door open and saw a television lying on the ground, which angered me.

More asleep than awake, I thought one of my neighbors was too lazy to bring their junky old TV to a dumping ground so instead left it on my patio floor. I went back inside and checked my living room clock. It was a little past 5 a.m. When I saw the empty space on the TV stand, I realized that it was my TV outside on the ground.

I was becoming more alert and understood that something was very wrong. I walked to the bedroom and saw that drawers and closet doors were wide open and my clothes were strewn on the floor. The $30 in cash on my dresser was gone and so was my jewelry. Indeed, the cover of my jewelry box was sitting on my blanket, where the intruder had placed it. The thief had been inches away from me.

I think there were actually two criminals in my apartment that night, a man and a woman. Perhaps their voices registered with me subconsciously and woke me up to some extent. I began to sleepwalk, something I had never done before, as I followed them to the patio door. This must have frightened them, so they ran out the door, leaving the blinds swaying behind them and dropping my TV.

Waves of anger overcame me which later turned to fear. The detective in charge of my case told me it was a crime of opportunity, explaining that the robbers probably tried different doors until they came to my unlocked door. He said the police found a partial fingerprint on the TV, but it turned out to be of no help.

As I mentioned, I first felt anger, but a day or two later I was filled with an abundance of gratitude to Hashem because I could have easily been harmed or even killed, especially when I got up and followed the two thieves. I kept thinking how my jewelry box cover was dropped on the blanket under which I was sleeping.

Now I am alive to “tell the tale” because of Hashem’s merciful intervention on that Passover night. It was my personal holiday miracle.

I moved out three-and-a-half weeks later. My next apartment was just as convenient and affordable, and in the same neighborhood.

I am very thankful that the beautiful silver pieces on my table that night were not stolen. I appreciate them more than ever. In addition, an important lesson was reinforced: Always lock every door before retiring for the night. After all, we are taught not to rely on miracles. However, when one comes your way… 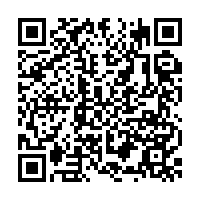