Note to readers: The names in this story have been changed.

Shimon’s mother came from a poor village, having never been taught how to read or write. His father, a relatively educated man, passed away when Shimon was two years old.


Shimon’s early years were not easy ones. His mother struggled to support both of them. She never acquired the knowledge needed to help her son through school years filled with homework and tests.

When Shimon grew up, it was time to seek a livelihood and start his own family. He had no formal job training, but was blessed with traits that helped him find employment. He was responsible, honest and patient – and very gifted with his hands.

He eventually found employment that suited him, and afforded him a steady salary. His boss, Moshe, was very happy to employ the young man in his diamond polishing and cutting business.

Life continued, with Shimon now the father of three young children. He was proud of his work and happy in his lot.

And then, a dark day surfaced.

It was the end of a typical workday. Shimon stretched his back and prepared to close down his workstation. He carefully collected the gems he had on his worktable. When he tallied them, he was shocked to notice he was short one diamond. He searched all around him, including the floor, but the stone was nowhere to be found. With a sweating brow and a sense of dread, he approached his boss.

Moshe was generally a friendly man. He always asked after Shimon’s family and often complimented him on his work. But now the man’s face turned red, and an angry look transformed his features.

“Shimon, I’m not a stupid man. Valuable stones don’t just walk off by themselves. I was always good to you, even advancing your salary when you had a difficult month. Is this how your repay me?”

Shimon did not know what to do. He repeatedly denied any knowledge of the stone’s whereabouts. He was innocent, but treated as guilty.

His boss finally told him he would not report this theft to the police because he did not want Shimon’s young family to suffer. Instead, he told the hapless young man to immediately leave the premises – and never return.

Shimon was in a lot of trouble. Not only was he suspected of stealing, but his only source of income was now closed off to him. And he knew he would never be trusted again by anyone in the diamond industry. He also blamed himself for the stone’s disappearance, since he was responsible for its safekeeping.

Five lean years for Shimon and his family followed. It was not easy to find new employment without a letter of recommendation. The jobs he found did not earn much, and he never achieved personal satisfaction from his work.

One day, Moshe, his old boss, decided to have his work premises renovated. There were wood beams across the work area’s ceiling, and some of them had cracks that needed repairing.

Yosef was a young man who worked for the contractor Moshe hired to do the job. Yosef climbed up a ladder and looked at the beams needing repair. Something small and glittering suddenly caught his eye. A diamond was wedged into a crack in one of the beams. It had lain there for the last five years. Yosef, though struggling with own monthly bills, did not hesitate. He removed the errant stone and brought it to the immediate attention of Moshe.

Moshe had never forgotten his disappointment in his old employee, Shimon. But now, before him, lay proof of Shimon’s innocence. The stone had been wedged in the ceiling above Shimon’s old workstation. It somehow had gotten flung into the air during one of its processes.

Moshe, too, did not hesitate. He located Shimon’s phone number and immediately called him. He did not think twice about admitting to the grave injustice he had done to the innocent man. His apologies were heartfelt and his feelings of remorse at having deeply wronged an innocent man were profound.

In short order, Shimon was once again sitting at his old workstation. His boss also presented him with a check to cover the last five years, as Shimon had been so abruptly fired. Shimon harbored no resentment toward his former, and now current, employer.

This true story has much in the way of lessons to be learned by all of us. The three men connected to this story all had something in common. They all went above and beyond what might have been expected of them. 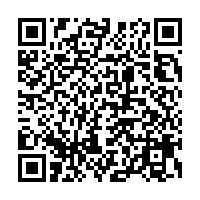