MK Rabbi Dov Lipman has proposed a new law by which the plight of agunot should be somewhat relieved.

The new law, if it will pass, will take away mehadrin food rights for anyone sitting in jail due to his refusal to give his wife a get. If the husband has made his wife an agunah, and he is sitting in jail because of it, which is not a common step to be taken, “would not be housed in the prison’s religious wing; would not be given the more strictly supervised mehadrin kosher food and would not be allowed to make any phone calls other than to their rabbinic pleader or their attorney.” source: Haaretz

Lipman’s proposal has support form other MKs and, more importantly, was crafted in coordination with Chief Rabbi Dovid Lau.

Lipman explains that this additional step will break the spirit of those hiding behind religion to hurt their wives. Lipman admits it is a small step, but as he explained to me this is something that can harm their standing in the community and therefore can be effective in a way that even jail was not.

The proposal takes into account that this can be seen as undermining the rights of a prisoner, but gets around it by examining that the get-refuser can be released from the restrictions at any time by following the ruling and giving his wife a get, thus putting the keys in his own hand.

I wonder if this will pass the test of legality or be knocked down, even if it should pass in the Knesset, by the Supreme Court.

I hope it passes because each additional step, even small ones, taken to help the agunot is important. 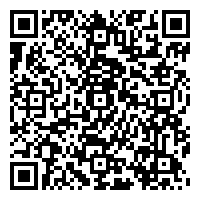