Today was a great day. A gam zu l’tovah day. I had an appointment at the oral surgeon, to get an implant put in. This procedure has been dragging for months due to Covid-19, and after much delay, I finally was able to schedule it. It was to be the final surgery to correct a problem that had cropped up years before, requiring a couple of surgeries in the interim.

Suffice to say, I’m no newcomer to the world of maxillofacial surgery. I’ve been a patient in this office since I was a fresh-faced twelve-year-old in braces. That’s made me experienced enough to know what to expect. And as my case is not a simple one, I had plenty to be nervous for.


I went through all the preparations. First, I called a friend who just went through a similar procedure, and was calmed by her assurance. Then, I gave tzedakah, said some tehillim, and my father called our Rebbe for a bracha. My mother called to confirm the appointment, and that the office was running on time (they run notoriously late). After I brushed my teeth, and smiled at myself in the mirror once more, I headed out for the hour-long train ride.

Thankfully, the trains ran on time, and I arrived at the office promptly. Taking a deep breath of cool, rainy air, I pulled my mask over my face, and stepped inside. I went to the plexiglass covered front window to sign in. Was I in for a nasty shock! “Sara Scharf? You don’t have an appointment today.” The receptionist practically spat the words out of her mouth. “Your appointment is next week.”

“I have today marked off in my calendar,” I replied calmly, smiling with my eyes to diffuse the tension. “I called this morning, and Jill confirmed it.”

“Your appointment is next week!” Her voice rose a notch, and her eyes flashed, as if she just traveled an hour in vain to tell me this, and not the other way around. “I’ll go get Jill. She’ll tell you!” She flung back her chair and stalked to the office in the back. She was back a minute later. “Jill’s on the phone. She’ll come out in a few minutes.” She made a move to sit down, then stood back up and hollered “Pull your mask up over your nose!” through the glass, at another patient in the waiting room. Then she sat down with a thump, and buried her face in a file. I was dismissed.

Jill, when she appeared, was moderately kinder, probably because she felt guilty. “I’m sorry,” she said curtly, “I thought you were a different patient when you called. I can’t fit you in today. You’ll have to come back.” I understood that the appointment must have been mistakenly set for a week later by the front desk receptionist, so I knew that Jill couldn’t be entirely blamed. I wasn’t looking to blame anyone, either.

The explosive reaction from the secretary had an interesting effect on mine. Watching her snap at everyone around her, seeing her fly into a rage because of a misunderstanding that had been her own, was enlightening. That’s not how I ever wanted anyone to see me! I wanted to live my life with dignity, and to accept its challenges with grace. The lessons on emunah that I’d studied in the past came to life. It was so clear to me that I was supposed to make this journey only to turn back home. Any resentment I might have felt melted away. It had not been for naught – this is what Hashem had wanted. I felt no anger, or negativity, at all.

“That’s okay, it’s what G-d wanted.” I told them. I hoped that my smile showed through my mask as much as the receptionist’s glower. Turning to leave, I found that there was a spring in my step. I asked Hashem to please let the experience bring merit for positive outcome of my surgery the next week. The train ride home was relaxing. Living with belief in hashgacha pratis gives us such clarity. And there is no purer happiness than the eradication of doubt. All is meant to be.

Clarity In The Fog 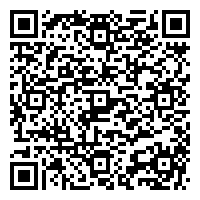