My good friend Bleemy grew up in Toronto and when she was in her twenties, she moved to Eretz Yisrael where she met and married Yaacov, a young man of Iraqi origin who was born and bred in Israel, and together they began to build their home in Yerushalayim.

They were in Toronto for a year and during that time, Yaacov began to have abdominal pains. They waited a while, hoping it would pass, but when the pain intensified, he went to his doctor who examined him and said that he needed an operation. There was a hospital in Toronto that specialized in these types of operations so when he arrived home, he immediately called the hospital to arrange for the operation and since they had a very good insurance plan, they were able to make an appointment with the top surgeon of the hospital.


Yaacov was examined, the original diagnosis was confirmed and a date was set for the surgery. The operation Baruch Hashem went smoothly and successfully. Weeks later, when Yaacov had a follow-up examination he was told that indeed everything had gone well and Yaacov was assured by the doctor that the problem would never show up again. A few months later, they went back to Yerushalayim and their life continued there as usual, with Yaacov feeling just fine.

Time went by and one day Yaacov had pain in his abdomen, the same type of pain that he had before his operation. He thought and hoped that maybe it would pass, so he waited. But it didn’t pass; it intensified. Yaacov went to his family doctor who checked him and told him that it’s the same problem that he had before his surgery and that he definitely needs another operation. Through hashgacha pratis (Divine providence), friends of Yaacov who knew the Canadian doctor who treated Yaacov in Toronto, said that that doctor was now visiting in Yerushalayim and they even knew what hotel he was staying in.

In pain, Yaacov immediately called the doctor who told him to come to his hotel and that he’ll examine him there as a personal favor. Yaacov quickly went to the hotel and was told that he definitely needed a second operation. “Since you have insurance in Canada,” the doctor said, “I’ll make all the arrangements for you. You just buy a ticket, and I’ll take care of everything else.”

About a week before Yaacov’s flight, as he was walking home from shul, David, one of the other congregants who had heard that Yaacov was going to Canada for a medical issue, approached him and said: “I know of a tzaddik nistar, a hidden tzaddik, who gives brachas.” (A ‘hidden tzaddik’ is a very pious and righteous person, but people don’t realize that because of his extremely humble demeanor and simple appearance. He might be a shoemaker or a poor person who doesn’t give the impression of being particularly learned or pious. And yet, he is extremely learned in the Torah, including usually the esoteric parts of the Torah, and he is also extremely pious. It is likely, for instance, that when everyone else is sleeping, he’s in his small home or room, praying tearfully for hours and hours on end for specific individuals and of course, for Am Yisrael, for the Geula and the Beis HaMikdash.)

David continued: “If you like, you can give me your name with a note with your medical details and I’ll make sure it gets to the tzaddik.” Yaacov gratefully wrote Yaacov ben Victoria and then also wrote out the details of his medical diagnosis and the upcoming surgery in Canada. When he arrived home, he happily told Bleemy about this interesting encounter and that he would soon be getting a blessing for the operation to be successful. “It’ll be good to go into surgery knowing that I have the blessing of a tzaddik.” “For sure!” said Bleemy, understanding the great importance of a tzaddik’s bracha.

The next day when Yaacov came home from shul, Bleemy saw that he was deep in thought and seemed to be quite concerned about something. “What’s up?” she asked, trying to sound casual. “Did anything special happen today?” Yaacov was quiet for a moment or two, still deep in thought, and then said: “I received an answer from the tzaddik.” “What was it?” she asked. “How come you don’t look happy?” And he explained: “I thought I would get a blessing that all would go well with the operation.” Bleemy was taken aback. “You didn’t?” she asked. “Is there something wrong?” “No,” he said, “but I didn’t get a blessing.” “What did he say?” she asked, hoping and praying that she wouldn’t hear something terrible G-d forbid. Yaacov looked at her with a contemplative look and said: “He said that if I go, it will be a pleasure trip because I don’t need an operation!”

Wow, this was definitely an unexpected response and both Yaacov and Bleemy were at a temporary loss as to what to think and how to proceed. They knew the importance and value of a tzaddik’s blessing and advice, and they had emunah, faith, but in this case, following through on the tzaddik’s advice would mean a total change of plans which in down-to-earth terms might pose a serious threat to Yaacov’s health. After all, they said, he’s a tzaddik but he’s not a doctor, and Yaacov was experiencing extreme pain, though not constantly, and the doctors said that he should be operated on as soon as possible!

What should they do?? It was obviously an extremely hard decision so Bleemy suggested: “Ask David to explain the situation to the tzaddik again; maybe something wasn’t clear. Explain to him again about your pain and the doctors’ diagnosis, and that you bought a ticket for next week and you’re already scheduled for a very important operation!”

And that’s what he did. And David replied: “In most cases, we don’t ask a tzaddik the same question twice. We totally rely on his first response. However, since this is a serious medically issue and you’re already scheduled for surgery, I will get your message to him a second time. I hope he’ll respond.”

The next day Yaacov went to shul a bit earlier than usual, hoping to be able to speak to David before davening in case he had already received a response to his new message. And sure enough David was also there early, waiting to speak to him.

“Did you get an answer?” Yaacov asked anxiously.

“I sure did,” replied David with a smile. “He said that you don’t need the operation. He said if you go to Canada, it’ll just be a pleasure trip. Nothing medical.”

“But I already booked my flight and have a date for the surgery the beginning of next week. The professor said it’s urgent that I have the operation.”

“All I can tell you is what he said,” replied David.

After davening Yaacov went home and told Bleemy the latest news. They discussed it at length and then they made the decision that since the professor said the operation was urgent, and the tzaddik, with all due respect, wasn’t a medical person, they would go ahead with Yaacov’s plans.

A few days later Yaacov was in the hospital where he underwent the routine pre-op tests. When the professor finished examining him, he looked at Yaacov and said: “You don’t need an operation.”

“I have no medical explanation for the change but you definitely do not need an operation.”

Yaacov was speechless for several moments; he was taken totally by surprise and was amazed as he immediately realized that the professor’s diagnosis had already been given to him by the tzaddik nistar in Eretz Yisrael. After a few moments of trying to internalize the enormity of what had transpired, he said: “Are you positive?” And the professor answer: “Yes, absolutely. I have no explanation but that’s the final answer. You do not need an operation. Take it easy for a few days and the pain will pass.”

Again Yaacov was speechless but this time a smile began to spread from his heart to his eyes and his face. The tzaddik wasn’t a doctor but . . . he knew. 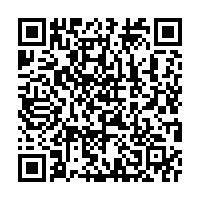