But if truth be told, initially he had not wanted to be in the tank corps.


Our son is in the hesder yeshiva program, which combines Torah study in yeshiva with army duty. At first, all hesder yeshiva young men were drafted into the tank corps. They served with fellow students from their yeshiva. But following heavy losses of religious soldiers in tank battles, with many young men from the same yeshivot being killed, changes were made in the system. Hesder yeshiva students were inducted into various infantry units and not solely into the tank corps.

Eliyahu Yeshaya is in the pioneer Ramle Hesder Yeshiva. When it came time for army induction, half of the men were chosen by lottery to be in the tank corps and the other half in infantry. To our son’s great chagrin and immense disappointment, his name was pulled out for the former.

How could such a lover of nature, gardening, and hikes be cooped up in a tank? Secretly, I was disappointed as well, but outwardly I tried to encourage him. One of the things I told him was that if that’s where he was placed, then Hashem must want him to be there for reasons unknown to us.

Eliyahu Yeshaya is a hardworking, creative, empathic, loyal, and intelligent leader who found many opportunities to bring the light of yiddishkeit into the lives of his fellow soldiers. What do you do when you are in a dining room full of hundreds of soldiers on Shabbat and no one gets up to recite kiddush or to sing zemirot? Our son would overcome his shyness and rise to those occasions. Once he started to sing, other frum as well as non-kippah wearing soldiers from mesorati families joined in. On Leil haSeder (Pesach eve), there was no army chaplain present to lead the Seder, so our son filled that role as well.

After Shabbatot spent at home, I would usually drive him to a bus at Tzomet HaGush, which took soldiers to an army base outside of Be’er Sheva. While waiting there for another bus which would take him further down South to his base, he would put out snacks that he had purchased for soldiers who were attending a Torah class. He had many opportunities in this venue, as well as others, to converse with the soldiers about our heritage. When the army forbid these formal classes, our son sat with other interested soldiers and learned Torah.

But the saga of a soldier named Aviv* touched me more than any other. Aviv, a new army recruit, was entrusted to our son’s care. Had another tank commander been put in charge of Aviv, Aviv probably would have had a very short-lived army service. A part of Eliyahu Yeshaya’s job was to pay home visits to new recruits and meet their parents. Eliyahu Yeshaya came to understand Aviv much better due to the home visit.

Aviv lived with his aunt and uncle who had adopted him because he was abused by his biological parents. When he and his two siblings were infants, they were given sleeping pills so that they would not cry and disturb their parents. The drugs had a devastating effect upon the children. Aviv could be impulsive, immature, and stubborn, and he had impaired cognitive abilities. His biological parents had also locked him in a closet as punishment. His aunt confided in our son that she believed Aviv should not be in the army. She had not been able to convince Aviv that he and the army were not compatible.

One day on the base, Aviv was working hard at lifting very heavy items. An officer passed by and commended Aviv upon his good work. Eliyahu Yeshaya saw that there were tears in Aviv’s eyes. When he questioned Aviv, Aviv told him that it was the first time that someone had complimented him on his work. Our son understood that Aviv, up until this point in his life, had failed in everything. The army was his last chance to succeed. Eliyahu Yeshaya took on the challenge and bent army rules so that Aviv would succeed. There were numerous times when Aviv had to receive punishments, such as not being allowed to go home for Shabbat or even being put in the army jail for non-compliance.

When our son told me about this soldier, I told him that I understood that he wanted to help Aviv succeed, but I felt that it would be putting Aviv’s life as well as the lives of other soldiers in danger if he were to be in a tank. Eliyahu Yeshaya had discussed the issue with his commander, and in the meanwhile it was decided that Aviv would stay in the unit. Eliyahu Yeshaya felt that he must allow Aviv to continue until the end of the three-month training period. Succeeding in basic training would be crucial to Aviv’s self-esteem. With our son’s guidance, encouragement, and strength of will, and Hashem’s help, Aviv proudly completed the three-month training program.

Although Eliyahu Yeshaya had not wanted to be in the tank corps, overall he had a positive army experience. He misses the camaraderie, the challenges, the excitement of target practice, the magnificent desert landscapes.

And he knows that he was assigned to the right unit at the right time by a guiding Hand.

*Name has been changed. 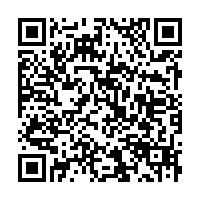