It takes time, but eventually the truth comes out.

First, IDF investigators discovered that Razan Ashraf Najjar, the female Gazan medic who was killed during riots along the Gaza fence, was not targeted by the IDF. The IDF is still investigating what killed her, but no IDF sniper deliberately pointed a gun at her and fired. She may have been killed by shrapnel or by Hamas.

Next, it came out that that Najjar admitted on video, that she goes out to the front line in her medic’s uniform, to act as a human shield, providing cover for the Hamas terrorists along the fence.

And finally, a video just came out, posted by IDF Major Avichai Edri appearing to show Najjar (or another female Gazan paramedic in uniform, how many of those are there?) laughing in delight as she throws a smoke grenade along the Gaza border (while wearing her medic uniform), actively participating in the Hamas violence along the Gaza fence.

Razan Ashraf Najjar was not the innocent medic and an angel of mercy that Hamas was trying to portray her as.

“Do other paramedics around the world throw grenades and participate in riots, and call themselves human shields?” Major Avichai Edri asked. 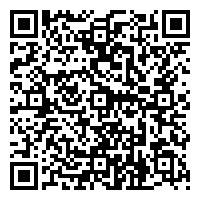