I wiped my hands on a towel as I picked up the phone one winter Friday afternoon close to Shabbos. I assumed it was one of our children calling to say Good Shabbos.

But instead a strange voice said, “Do you know anyone called Zvi?”

“Well I have him here with me on the bus.”

“He says he followed his father onto the bus and then his father went to pay the driver and then disappeared. Zvi can’t find his father or anyone else in the family.”

Oh no. Eight years old and lost on a bus just before Shabbos. Oh the poor boy! How on earth had it happened?

“What bus are you on?” I asked the nameless, faceless, but very kind person at the end of the line.

Thank G-d it was at least the right bus to get to us.

“Just coming into Ramot, we should be at your bus top in about 10 minutes.”

“Oh, so you know where he has to get off ?” I said relieved.

“Yes he told me. He knows where you live.”

But wait a minute what about his parents, my daughter and her husband – they must be sick with worry.

“No he doesn’t know their phone number.”

“No, but he told me he was going to his Bubby and Zaidy Goldberg in Ramot and he knew the name of the road where you live, so I called Bezek and got your number.”

Wow, what a wonderful person Zvi had found. I was so grateful to this unknown quick thinking savior.

“I’ll go straight to the bus stop now to meet him,” I said and hung up. Then I quickly dialed my daughter’s phone. There was no reply. I didn’t know but her phone had broken and was being repaired.

I called my son-in-law Moshe, and he was of course so relieved. Men in black suits and hats are pretty common sights at a bus stop in Geulah especially among the crowds on a busy Friday afternoon and Zvi had just mistakenly followed the wrong one.

When they realized Zvi was missing (thanks to a friend at the bus stop who wanted to speak to him and couldn’t see him with his family so he asked my son-in-law where he was) they quickly had to decide on a strategy.

They realized he must have got on a bus, but they had no idea which bus. They had no way of knowing whether it had been a bus to Ramot where we live. It could have been a bus to Neve Yaacov which was the other destination of many of the bus lines at that bus stop.

Zvi had no phone with him so the only possibility at this point was to wait for someone to contact them – but they realized he probably didn’t know their phone numbers by heart and so hopefully at some point he would be brought back to the bus stop or even his home as he knew his address.

My daughter got on the next bus to me with all the luggage and the children. Moshe waited behind at the bus stop, helpless not knowing what to do. He decided to wait a few minutes to see if anyone contacted him and if not he would call the police and explain the situation to them. Shabbos was fast approaching.

Fortunately it didn’t take long for little Zvi to realize that he was the only one of his family on the bus and he sought out a sympathetic looking ‘Abba’ to tell his story to.

Thanks to the quick thinking of this young avreich who asked Zvi all the right questions to find someone to contact, they were all soon reunited. As I reached the bus stop, my daughter was on the bus just behind Zvi’s and his father drew up a few minutes later in a cab.

We were so grateful to Hakadosh Baruch Hu for the hashgacha pratit that little Zvi had gotten on a bus to Ramot and didn’t end up in Neve Yaacov, which would have entailed a lot more in getting him back to his family before Shabbos.

My daughter and son-in-law learned some lessons from this ‘adventure’ but in the end we can only rely on Hashem to get us safely where we are going. 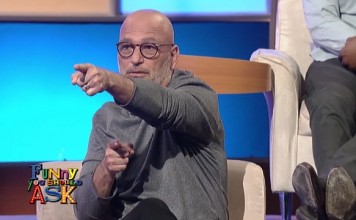 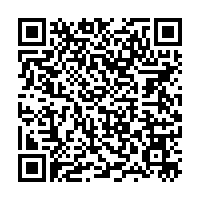