The Torah tells us: “Venishmartem me’od lenafshoteichem” (Devarim 4:15). Literally, the verse means “Be very careful about your lives,” but the rabbis teach us that this mitzvah is referring specifically to our health. They also point out that it is the only mitzvah which uses the word “meod,” meaning very. We learn from this that we are to take our health very seriously and do our best to prevent and, when necessary, cure illnesses or ailments.

In fact, the Torah teaches us that a patient suffering from a serious condition should go to the very best doctor available – for as with everything else in life, we are taught not to depend on miracles but rather to do what is called hishtadlut, our best human effort to achieve an end. We do our hishtadlut in life because Hashem doesn’t want us to passively accept negative situations or wait for His salvation.


When it comes to our health, hishtadlut often means going to and listening to a doctor. And even if there is a religious Jewish doctor who deals with that ailment, if there is an even better doctor who isn’t religious or even Jewish, that is the one we should choose. That’s how seriously and concretely the Torah relates to our health and well-being, and to the physician’s potential to help bring about a cure.

At the same time, it is written in the Shulchan Aruch: “The Torah gave permission to the physician to heal. Moreover, this is a mitzvah.” People often quote this mitzvah when they are negating the validity of a doctor’s dire forecast regarding a patient’s future health. Doctors have permission to heal, but they do not have permission to make tragic predictions because ultimately healing, or G-d forbid, lack of healing, is only in Hashem’s “hands,” as with everything else in life.

That’s what came to mind when I heard the following two true stories about what doctors said – and what actually happened.

I heard the first story while paying a shiva call to a friend in the neighborhood whose father – we’ll call him Mr. Cohen – had passed away at the age of 96. She told many inspiring stories about him. He was a very fine person whose family emigrated from Communist Russia to America in 1923 when he was an infant.

Mr. Cohen married at the age of 24. However, years went by and the couple was not blessed with children. They went to doctors but heard nothing positive or even hopeful. After still another doctor’s visit, Mr. Cohen’s wife said to him, “All the doctors said that there is no chance in the world that I will ever have a baby, so I’m willing to get divorced so that you can marry a woman with whom you can have children.”

Mr. Cohen’s totally unexpected reaction was that he began to laugh, and then said to his surprised wife, “Who told you that you couldn’t have children? Was it Hashem? It was a man – and I don’t believe him.” And so it was that they remained married, and within the year they were blessed with a child, the first of three. By the time he reached his 90s, Mr. Cohen was, bli ayin hara, the grandfather of 16 and the great-grandfather of over 50 precious children, Baruch Hashem!

Mr. Cohen’s daughter, who told this story, told me on another occasion about her aunt Rachel Leah Perlman, who lived in Rochester, N.Y., and had also been married for many years but not yet blessed with children. She went to many doctors and was finally told by one of them: “Just like hair can’t grow out of the palm of your hand, so too, you won’t have children.”

Rachel Leah went home so broken-hearted that she was physically sick and extremely nauseous. When her mother-in-law, who lived with them, heard from her what the doctor had told Rachel Leah, she said to her devastated daughter-in-law, “Don’t believe him. Where there is life, there’s hope.”

Time went by and again Rachel Leah felt nauseous. This time she also felt other symptoms which made her think that perhaps she was pregnant. She went to the same doctor and told him, “I think I’m pregnant.” He examined her and, unwilling to believe that he had made such a huge mistake during her previous visit, said that it’s not possible that she’s pregnant, but rather the symptoms are a sign of a tumor.

Rachel Leah left his office, went home, and this time made inquiries and found another doctor whom she went to see. He examined her and confirmed what she had hoped and prayed for: She was pregnant. After giving birth to a healthy baby, she went back to the first doctor, showed him her baby and said, “This is your tumor.” She went on to have three more healthy babies. Baruch Hashem! 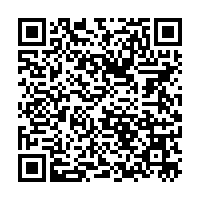