This tale invokes numerous images of “Cloud Nine” (and sometimes admittedly “head in the clouds” as well) recurring, and definitely undeniable… As for the driving reference? That is undoubtedly the most prevalent underlying theme of all…

This is the ongoing story of a most unlikely shidduch, involving one young man, one young woman, and one very astute and determined driving instructor. And, needless to say, above all, albeit somewhat behind the scenes, the omnipresent guiding hand of the Holy One.


So many details had to fall into place, from the boy’s sudden decision to take driving lessons on an automatic rather than a stick-shift car, to the fact that the driving instructor he ultimately chose had already made two shidduchim, to the assurance of a respected Rav that if he made three shidduchim he would guarantee himself a place in Gan Eden.

They were definitely the right age and seemed to be interested in the same hashkafa and values as well. Both were laid back and easy going, with friendly dispositions, and ready smiles. The more he got to know them, the more it became crystal clear to him: These two students were a perfect match!

The amateur ‘shadchan’ skillfully arranged that the two unsuspecting students should have a joint driving lesson (aka their first ‘date’… under his supervision!). And seeing them together only reinforced his conviction that they were indeed perfect for each other!

Needless to say, however, when he mentioned his suggestion to the individual students in turn, they smiled indulgently, but did not exactly jump at the opportunity. True, they agreed that the other was nice looking and the correct age and observance level. But a shidduch redt by a driving instructor who hardly knew either of them? Seriously???

However, “Harbe shlichim laMakom” has been proven time and time again. And this instance was no exception. The fact that the driving teacher was clever and steadfast did not hurt either.

“I told the girl that you would contact her!” the instructor shared with his male student.

Now the boy found himself (again pun intended) in a tight space. He was nothing if not a mensch, and was sensitive to the fact that the girl may in all likelihood be offended if she was told to expect a call that never came.

So they exchanged shidduch resumes and made some inquiries. And when they actually decided to go out (unaccompanied by their teacher this time) it clicked immediately. They continued to take lessons, separately, and go out together. And, to everyone’s surprise, except perhaps their unlikely shadchan, within just over a month, they felt ready to get engaged!

The boy is the ninth of ten, and, at the ripe old age of twenty-two, the last of his siblings to ‘bite the bullet’. The girl, on the other hand, is the oldest of ten; her mother is only a few years older than the boy’s oldest brother. Their backgrounds are very different, but their personalities and world view are perfectly in sync. And they live in adjacent neighborhoods in close proximity to one another, although their paths had never crossed.

As they became more and more serious and certain of their future together, it became equally apparent that their parents should meet and discuss ‘tachlis’ as well. And so they did. And quickly discovered that they got along beautifully and had much in common, despite having different countries of origin, native languages (and accents), not to mention birth years.

They unanimously gave their blessings and go-ahead to the kids, and (yup, again…) the wheels were set in motion for them to proceed.

To throw her off the scent, the boy invited the girl to a fancy dinner in an upscale restaurant in Yerushalayim, scheduled for later that week. In the meantime he secretly collaborated with their driving instructor aka shadchan to orchestrate his actual proposal.

He borrowed a small table and two chairs, a velvet tablecloth, a crystal ice bucket, and two stemmed glasses from his oldest brother and sister-in-law, and arranged for one of his friends and one of hers to help set the scene, Then he purchased a bottle of champagne and a bouquet of two dozen long stemmed roses. All he needed now was for the girl to somehow unsuspectingly arrive at the rendezvous point. And that proved to be the easiest part of all.

He scheduled the big event for an evening earlier in the week when she had one of her bi-weekly driving lessons. However this time, at the boy’s request, the driving instructor asked her to deviate from their usual routine, and instead drive somewhat off the beaten track to where “a student is making a picnic”, ostensibly to pick up the next scheduled student for his driving lesson.

Except, of course, that the student waiting for her at the scenic overlook, just before the sun was getting ready to set in all its majestic glory, had no intention of taking a driving lesson that day.

The rest, as they say, is history. Or (I’ll admit that I cannot resist one more parting pun), as it appears to be far more appropriate to conclude, “They drove off into the sunset… together.” 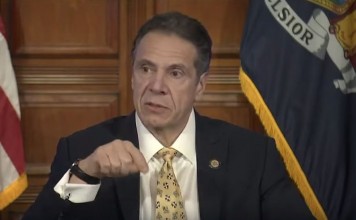