This story is testimony to what happened to some Jewish children during and after the Holocaust. It should be told for one purpose: to remember what the Christian convents did to our children, namely how they kidnapped them and converted them to Christianity.

This is an account of how “Shema Yisrael” saved many Jewish children hidden by the Church. I heard this story directly from Eli, one of the child survivors.


Eli was born in a well-to-do neighborhood of Budapest, and was only 5 years old when the Nazis rounded up the Jews and transported them and their belongings to an unknown destination. The Hungarian gentiles knew that those Jews were being brought outside their town to be murdered in fields.

Eli told me that to this day, he is haunted by scenes of the vicious Nazis screaming commands, and the Jews hurrying desperately to get ready for the roundup. On a summer morning, the Nazis pushed Eli, along with the rest of his family and neighbors, to the edge of a large pit. Shots rang out. Eli fell into the pit in his dead mother’s arms. Finally, the Nazis left.

A few hours later Eli woke up, choking and faint. All around him were blood and death. His family was dead, and five-year-old Eli was alone with his terror. He cried in silence. Miraculously, the bullets had missed his small body.

The Nazis went to bring acid to decompose the dead bodies. In the meantime, the village peasants stood around the graves and watched. This was a daily routine for them, watching the spectacular work of the Nazis.

The Nazis came, murdered people, and asked the villagers to cover the bodies and collect the clothes left behind. They had already stolen the expensive clothes, silverware and gold.

One peasant woman saw Eli, who was in shock and unable to talk. She took him to the nearby convent, and Eli stayed there for about six years. He was raised as a Christian, and forbidden to talk about his family or the horrors that had happened to him.

The convent wanted to erase Eli’s Jewish background from his memory. The nuns prohibited Eli from speaking to the other Jewish children who had also been rescued from death. This was part of the plan to “save” their souls.

Eli recalls how he was forced to recite Christian prayers and work hard cleaning the wooden floors of the alien orphanage.

Then one day, the war was over. Some men arrived at the convent, together with an old Jewish man. Eli’s early life suddenly flashed before his eyes. The strange men were talking to the nuns and telling them that most probably, Jewish children were still being held in the convent and nobody had come to claim them since their parents were dead.

The children felt like frozen pieces of ice in front of the strange men. They didn’t understand the purpose of their visit. They feared that this might be another trap to murder or deport them. The air was heavy with silent apprehension. The nuns insisted that there were no Jewish children there.

The old Jewish man refused to leave. He started to pray aloud and recited “Shema Yisrael” in such a broken and emotional voice that no heart could resist feeling the prayer penetrating deep within. The old man’s “Shema” pierced Eli’s heart, as he recalled the words that his mother sang to him at bedtime. He saw images of his father and grandfather. His frozen feet started to move, and he walked straight up to the old man, crying in silence. That day, Eli was saved.

Eli remembers that many children didn’t dare respond to the appeal of the “Shema.” But he did. And that’s how he arrived in Eretz Yisrael, and was taken to live on a kibbutz.

The children were placed with different families, but Eli always preferred to spend his time with friends. He said, “I had one mother. I can’t call somebody else Ima.”

When Eli was 17, he left the kibbutz to start a life on his own. He was a good tailor, and he opened a store. Later, he married a French Sephardic woman who gave him a happy life and healthy children. When leather was fashionable, he became one of the best leather tailors in town. Then Eli left the business, and we lost contact. I do know that he still lives happily in Jerusalem.

Please do not forgive the Nazis or the German people, who actively collaborated to implement the Final Solution.

Thanks to this old man, many Jewish souls were saved.

May we always hear the “Shema” and allow it to penetrate our hearts. May we feel it in our souls and teach it to our children and grandchildren, so that it will form the thread of our identity and our link to G-d.

And may the souls of the lost children be brought back soon to receive Moshiach in Eretz Yisrael. May it be now! 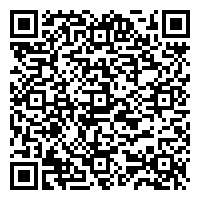