You don’t become a ba’al teshuvah overnight. There were many events in my life that contributed to the deepening of my religious commitment, including a party I attended with young, beautiful church members who tried to make me one of them, and how I met their “Jewish priest.” (I’ll discuss both experiences during the course of this continuing column.)

Two key factors helped me in my religious progression: I come from a family that practiced chesed on many levels and, since childhood, I’ve had an intellectual curiosity that seeks the truth.


As a playwright and humorist when I moved from Philadelphia to New York to further pursue my creative dreams, little did I know, thank G-d, what I was getting myself into. A little over two years after arriving in the Big Apple, I was religiously observant. And my parents, who had given me such a strong foundation in the trait of kindness – so important to religious Jewish observance – showed me yet more kindness by accepting my new lifestyle.

At Lincoln Square Synagogue, where my religious growth had been accelerated by my attendance in the beginner’s service led by Rabbi Ephraim Buchwald, I was often asked what had led me to become shomer Shabbos. I’d answer that I was writing plays whereby the main character was trying out so many different lifestyles, but by the end of the play, he was returning to synagogue. I decided to follow his lead.

Looking back, there was one evening that ultimately played a major role in my religious growth. It’s time to go back to the day of the church party. Earlier that day, I was alone writing at an eatery. Relatively new to New York, being alone was a recurring theme in my daily life. At least while I was writing I didn’t experience the loneliness and lack of connectedness to others that I felt strongly at other times.

My focus on writing was suddenly interrupted by the sound of nearby sweet, feminine laughter. I looked up to see two beautiful women at the next table. Having walked down the aisle at my chuppah around eight years prior and seeing my marriage within my faith break up in divorce, I was not overly particular as to the religion of a woman I’d meet – particularly if she was stunningly attractive. And the two women next to me were beauty pageant material.

You can’t go out with two ladies at a time, so I paid attention to the one closer to me. I was surprised by how eagerly she responded to my repartee, considering the fact that we were perfect strangers. Usually, even with the best of my witticisms, there would be a longer period of time breaking the ice – perhaps with a few smiles at first and a begrudging response to one of my observations. While being careful with a new guy who’s trying to chat her up is the common modus operandi of women I’ve encountered, this lady (I’ll call her Susan) was laughing and verbally responding right from the get-go.

I passed it off to my irresistible charm and sense of humor, but as I would later learn there was something else going on. During the enjoyable conversation, she mentioned something about being involved with a church in the neighborhood. But I was so taken by her looks and personality (and by her singular wonderful trait of laughing at all of my jokes) that her religious affiliation barely registered.

Then she said something that made me feel good all over. She invited me to a party that she and the other woman were attending that night.

“Yes” was my reply, a millisecond after Susan was done talking.

“Oh good,” she said, obviously very happy that she would see my face there.

“It’s a lot of fun. We play board games. We talk. Everybody gets along.”

It sounded good to me, as I could not remember the last party I had been to. Then I quickly went over in my mind whether I had another commitment that night. No, I was scot-free. And aside from some proofreading work in the early parts of the next three days, I was free to spend time with Susan during the rest of those days. The same applied to all day on Friday and on Saturday after 11:30 a.m. (I spent one Saturday morning a month attending a beginner’s service at a synagogue in Cobble Hill, Brooklyn.) 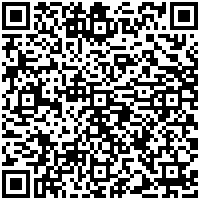