It was a regular winter morning. I took note that my 13-month-old baby had woken up feeling hot. Meanwhile, I had asked someone to help me deliver tzedaka money to an acquaintance in need, but unfortunately this had not yet taken place. More than a little aggravated, I dashed off an email to the person who had promised to deliver the money.

The minutes passed too fast while I was typing out the message at my computer, oblivious to the rest of the household. In my kitchen I had put out a cup of boiling hot tea for my 10-year-old son. I didn’t realize that the baby was sitting placidly on the kitchen bench within arm’s reach of said boiling tea.


A heart-wrenching scream burst into my room and signaled me to get to the kitchen immediately. My 16-year-old daughter beat me to it and grabbed her baby brother. His two small hands were stuck in the cup of tea and he was howling in pain. She deftly brought him to the kitchen sink and ran a strong stream of cold water over his hands, as both she and I had learned in a first aid course.

Within a short time huge blisters formed on both hands. Our pediatrician urged us to bring the baby to the world-renowned Burn Center at Hadassah Ein Kerem. It was a long week. My baby had to go through painful treatments once or twice a day. The rest of the time he had his two hands completely bandaged. I thanked Hashem repeatedly that he was already walking (one of my few kids to be completely walking at that age). I couldn’t imagine him crawling in such a condition.

It was a difficult week also due to the fact that he was diagnosed with RSV, which is very contagious and could be potentially dangerous for some of the very sick children on the ward. As I was still nursing my son fairly frequently, I couldn’t imagine leaving him for more than a few hours, even with the good will of my husband and older kids. So baby boy and I were together day and night throughout that week. Being in isolation, it took a lot to keep him occupied. He could not go into the playroom or be near the other children. I played with him, read to him, sang to him, and took him for trips around the hospital, always keeping him away from other small children.

After that week, we came home in mostly one piece. My excellent babysitter was willing to change my little boy’s bandages while he was in her care. One hand was almost completely healed, but the other had a way to go. I really needed a vacation from this traumatic event. But I needed to return to my job, doing online medical transcription.

My team leader and quality control checkers lived overseas. They paid little attention to the dramatic events I had just undergone. But they did sense that I was feeling vulnerable, and it was showing in my work. They began to gang up on me with threats, warnings, and demotions. My nerves got the better of me and instead of improving my performance, I was drowning in the pressure. It gave them all the excuse they wanted and I was fired. The irony of all this is that just a month previous to my baby’s accident, I had received a certificate of excellence.

I was numb. But I was also insulted. I had worked hard to get this job. I had taken a lengthy online course in order to learn the terminology and rules of the operation. And then suddenly, poof – I was out of a job. I wrote an expressive email to a religious Jewish man who was connected to the owners of the company to give my side of the story. I didn’t really expect much to happen as a result of my letter, but I needed to express my hurt.

Much to my amazement, the man took to heart what I had written and contacted the owners. Furthermore, “it just happened to be” that these non-Jewish owners were coming to Israel in two weeks for a tour (and to meet their 20-plus Israeli workers). The owners agreed to meet me at the King David Hotel where they would be staying and listen to what I had to say.

When we met, they agreed that I hadn’t been treated fairly and that I deserved to be given another chance. In addition, they offered me a chance to join a different team where the conditions were gentler and I wouldn’t feel threatened. This was a tremendous step forward for me and as a result, I ended up making more money than I had on my previous team.

While I was trying to ensure the mitzvah of tzedaka was being taken care of, my baby had put his hands in hot water that further led me to getting into “hot water.” Even so, I was able to eventually see that the Master of All had a plan for it to work out for the good. 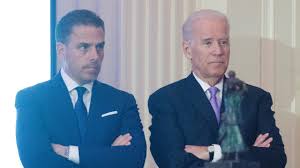