This story was told by Mrs. T., a woman in her 60s who I’ve known for three years. Mrs. T. attends my synagogue and sisterhood functions.

Over the years, Mrs. T. always appeared to be shy and tense. She rarely spoke and usually had worry lines between her eyes and around her mouth. When she and her family first moved to our neighborhood, her husband also attended synagogue. However, he suffered from a chronic illness that kept him home on many a Shabbat.


A few months ago, Mrs. T. began to look more relaxed. Soon, she was participating more freely in conversations, staying for Kiddush after services, and attending functions more regularly. A few weeks ago, I drove past her home on my way to the mall and saw a moving van in front of her house.

A few hours later, I saw Mrs. T. in the mall parking lot and told her that I had seen the van in front of the house. She told me that she and her husband were divorcing, and that he had just moved out. I expressed sympathy, and she said quietly, “Thank you.” She paused and said, “He was very difficult – completely ethical, but he wanted everything his way. A few years ago, he started losing his way religiously, and this year he decided he wanted to live a completely secular life. During the difficult last years of my marriage, the stress and his negativity began to fray my own relationship with God. Finally, I knew that our marriage had to end.”

She then pointed to a new home d?cor store that had recently opened. “I’m going to do some window-shopping there. For the first time since I married many years ago, I’m going to be able to have a home that reflects my personality. I’m not shopping today, but I’m starting to look.”

I wished her well and went home.

The following Shabbat, she came up to me during the Kiddush and said, “I know you write down people’s stories, and I hope you’ll think this one is worth writing down. Do you remember the day I saw you in the mall parking lot?”

When I nodded, she continued. “When we decided to divorce, my husband moved to the guest room but stayed in the house until he gave me my Get. He had a beautiful wall clock that had been made by his son, a talented craftsman. A few days before he moved out, he packed up the clock. He said to me, ‘You’ll need to get a new clock.’

“I agreed, and the day he moved out – the day I saw you in the parking lot – I began looking for one on eBay. I immediately saw one that I loved. If no one else bid on it, I could get it for about $17. The auction was going to close in a few minutes, but before I could bid on it, the movers came and the auction closed. I found a few more clocks I liked in my price range, but I didn’t put any bids on them. I thought, ‘After he goes, I’ll take care of it.’

“A few hours later, the moving van was packed and he was gone. After I vacuumed and rearranged the furniture, I went to the mall to jump-start my decorating adventure. My husband had never accepted my decorating choices, so I had just stopped thinking about what I liked. Before I could begin decorating to please myself, I decided to spend some time looking at what was available. So I went into that home d?cor place and looked around. They had a lot of lovely pieces at high prices, but the clerk told me that many items were on sale at 40 percent off. I told her that I wasn’t buying – just looking.

“As I finished my circuit of the store, I noticed a clock on a high shelf. It had an antique look and would look good on the wall where my stepson’s clock had hung. On the face of the clock above the center, it said, ‘Believe’ and below the center, it said, ‘Anything is possible if you believe.’

“I was astounded. What better sentiment was there to have on the wall of my house now that I was free to make my own choices, make friends, and strengthen my personal commitment to Torah and mitzvos? I asked the clerk if she could reach it. She took it down and looked at the tag.

“The size and color are perfect. But more importantly, the message on the clock is exactly what I need at this time in my life. The clock will help me remember that even at my age, anything is possible – since God is in control.” 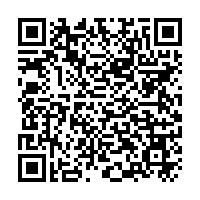