When I think of the most emotional moments on the Jewish calendar, several very poignant scenarios come readily to mind. Of course, the tear-filled annual hour-plus of Tefilas Ne’ilah is as strong a contender as any; likewise the awesome freshness and splendor of Leil haSeder (at least until the first wine spill!).

For me, the bittersweet anticipation and excitement of Kol Hane’arim on Shemini Atzeres/Simchas Torah is another such exceptionally moving and memorable experience. Back in the days when I had very young children, it was an especially heartwarming and emotionally-charged opportunity to watch them being called up to the Torah, along with scores of their eager-eyed friends, sheltering together under the canopy of their fathers’ taleisim. The thunderous, urgently repeated “Ya’amod” precipitated a virtual kibbutz galuyos that made my heart skip a beat and my breath catch in my throat.

By the time the inspiring aliyah was over and all the little imps had scattered to collect their pekelach and return to their playmates (or, more reluctantly, to their mothers’ embrace), my eyes were invariably wet with unshed tears.

My youngest is b’ezrat Hashem turning 20 this year, so those days of kvelling over my adorable toddlers are long over. However, in their place a new and even more dramatic incarnation of Kol Hane’arim has taken root.

First of all, a somewhat embarrassing admission: I routinely watch the video clip of Kol Hane’arim taken (by a non-Jew) in a beit hachlama mother-and-child convalescent home each year. In it, scores of bassinets containing newborn infants are wheeled into a large room just prior to the Kol Hane’arim aliyah. Then, dozens of the babies’ fathers sing the traditional tunes together. Suffice it to say, I have an annual tradition of accompanying their spirited singing with my none-too-melodic sobs.

And then there is the more private Kol Hane’arim ceremony that takes place in our shul each year. The past few in particular have been incredibly memorable and intensely touching. The first instance occurred several years ago, when one incomparable member of our kehillah decided to purchase the Kol Hane’arim aliyah and gift it to the son of long-standing shul members. At that point, the young man had been married for a few years, but he and his wife had not yet been blessed with children. The wonderful man who was his kind benefactor had three children of his own, but the youngest was already a tween.

Long story short: During the course of the following year, the young couple welcomed a beautiful baby boy, and the older family was zoche to be joined by an adorable baby girl.

The following year, that same generous congregant and another amazing shul member together bought the aliyah for Kol Hane’arim and gifted it to the rabbi’s son, who had recently celebrated his second anniversary and had no children. When the young man approached the bimah for his aliyah, the young father who had been the previous year’s recipient excitedly whispered in his ear, “It really works!”

While the rabbi’s son stood receiving his coveted aliyah under the multiple taleisim, along with all the scores of shul youngsters, the rebbetzin – a.k.a. yours truly – stood in the women’s section together with her young daughter-in-law, both of us sobbing quietly as tears coursed down our cheeks.

Unfortunately, the young couple were already deep into the heart-wrenching world of infertility treatments, and it was steadily robbing them both of the joy and lighthearted enthusiasm of an otherwise excellent and dewy-eyed relationship. They had recently suffered a medical setback, and the doctors had ordered them to curtail treatment until further notice. Although they were initially bitterly disappointed, there was the proverbial silver lining of the corresponding diminished intensity and stress.

Then came that fateful Simchas Torah, and the unforeseen gift of the priceless aliyah of Kol Hane’arim.

A few months later, my daughter-in-law had, Baruch Hashem, recovered both physically and emotionally, and they decided that the time was right to resume their abruptly interrupted treatment regimen. A prerequisite to restarting the required therapy was to undergo an initial ultrasound test, to ascertain that everything had properly healed.

“Why did you say you’re here, again?” asked the ultrasound technician during the procedure. “I told you,” my daughter-in-law explained, “My husband and I would like to resume our fertility treatments.”

A perplexed look crossed the technician’s face. “Do you perhaps want to call your husband into the room?” Her anxiety mounting, my daughter-in-law asked to have her husband summoned to join them.

“I can’t understand why you came here today,” shared the confused technician. “The ultrasound clearly shows that you are already pregnant!” At which the shell-shocked young husband and wife simultaneously burst out crying uncontrollably!

Around half a year later, the very grateful, but admittedly still somewhat incredulous young couple proudly welcomed their delightful newborn bechor, amidst tears and laughter all around.

As for Kol Hane’arim, it still never fails to bring bittersweet tears to my eyes and cause my heart to skip a beat. And, in case you are still not entirely convinced, let me reiterate that, as I have personally witnessed on more than one unforgettable occasion, b’chasdei Hashem Yisbarach, it really does work! 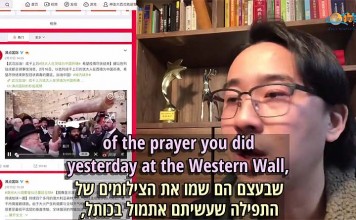 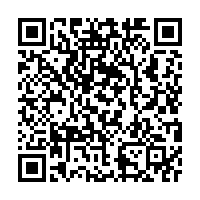