The holiday season was in the air, on the bulletin boards, on the ceilings, and on the walls. My high school was dressed in its finery. But as I walked down the hallways, I did not feel the holiday spirit. In fact, I felt downright upset. A gush of feeling left out and disregarded swelled up within me.

Amidst the red and green decorations in Wyoming Valley West High School, I did not see one acknowledgment of the Jewish history which runs deep in my soul. Chanukah was being totally neglected. I had to right that wrong.


I marched into the principal’s office and presented him with my suggestion that I be allowed to hang up something related to Chanukah. Mr. Ferris gave his permission. A victory for the Maccabees!

Upon returning home that day, I invested my time in the Chanukah campaign. Hanging up Chanukah decorations would not be a wise military maneuver. They would probably go unnoticed amongst the tinsel. I decided upon an educational war.

I dove into encyclopedias and into the Jewish history books which I had read in Hebrew Day School. I chose information which I felt would be relevant to the mostly non-Jewish high school population. I painstakingly typed up the information on our manual typewriter. I used the special correcting sheets which we used in the “olden days.”

After hours of toil, the job was done. I pasted each of the two typewritten sheets on colored paper.

The next morning, clutching my two “decorations,” I went into Mr. Ferris’s office. I showed him what I had written. He looked at them and said that I was allowed to put up only one of them.

If I had had the chutzpah which I now possess, I would have loudly protested and demanded equal rights. Since I was a 15-year-old, well behaved student I obeyed him. I had witnessed and been a participant in a subtle anti-Semitic war. Sometimes subtle anti-Semitism is worse than open anti-Semitism. How would the Maccabees have reacted?

There were about a score of Jewish students in my class of 500. I was the only shomer Shabbat one among them. Although most of them did not attend classes on Rosh Hashana and Yom Kippur, I may have been the only one who did not go to school on Sukkot, Pesach, and Shavuot. I remember how difficult it was to catch up in some of my subjects, such as trigonometry and physics.

Once, a non-Jewish classmate pointed to another Jewish kid and asked me why he doesn’t take off from school. My response was, “Why don’t you ask him?”

One day in ninth grade while traveling to school by bus, I was sitting with a girl named Theresa. For some reason, Lenny, a Jewish boy sitting in the row behind us, turned to Theresa and said, “Did you know that Adina is Jewish?” I will never forget the amazed look on Theresa’s face and her response. She exclaimed, “But you’re not fat!” She did not comment on my lack of horns.

Later, in my high school career, I would sometimes get rides to school with my non-Jewish friend Brenda. One day when she and her boyfriend were in the car, they suggested that I date one of his friends. It put me in an awkward situation. I told them that I was not interested. They did not take no so easily. On several later occasions they brought up the subject. I finally explained that I could only date someone Jewish. I had not stated this outright the first time that I was asked because I felt that they would think that I was putting myself on a pedestal.

High school football games were held on Shabbat. The SAT exam was also given on Shabbat. My parents had the added task of taking me to Scranton for the SAT Sunday exam. My high school cafeteria served only non-kosher food. I remember the formidable task that I had of washing my hands with a cup at the water cooler, walking all the way back to where I had my food without talking to anyone, making a bracha on my sandwich and then bentching without attracting the crowds. It certainly had been a lot easier in my small Hebrew Day School.

Situations such as these only deepened the chasm that separated me from the non-Jews. These situations also heightened my awareness that I did not belong in Small Town, U.S.A. During the summer of 1974, before my senior year, I traveled to Israel for the first time. I was already a Zionist, having grown up in a very Zionistic and traditional home, but my experiences in Israel deepened my aspiration to make aliyah.

The trip also made me the Israel expert in school. For example, my former psychology teacher asked me to give a lecture to his behavioral psychology class about kibbutz life. I had never lived on a kibbutz nor had I visited one at that point. Out came the encyclopedias.

The day of my presentation arrived. I addressed the class and spoke about kibbutzim. Many of the students showed great interest. There was a question-and-answer period following my talk. What sticks out in my mind is how the students thought that Israel was a backward country with donkeys and camels used as transportation. I set them straight.

During the spring of my senior year, preparations were in full swing for graduation. Despite the fact that we were such a large class, the name of each student was to be read out loud when called up to receive the diploma. I wanted the person who was going to be reading out the students’ names to get mine right. I spent a while teaching the person my middle name, which my parents spelled Nahama, but is really pronounced with the Hebrew guttural chet. The person reading my full name was no Eliza Doolittle, following the strict and long training given to her by Professor Higgins, but she did OK.

The senior dinner, surprisingly, was not held on Shabbat, but it was treif. No accommodations were made for kosher food. I decided I would attend, but only after the meal was finished. There were the various speeches by teachers and class officers. Someone gave a projection of where various students would be in 10 years’ time. Only about 50 or so (10 percent of the class) were included on this list. I was one of them. The speaker stated, “In 10 years, Adina Sullum will be prime minister of Israel.” I had left a mark upon my school.

I am happy to report that 10 years later, I had not become Israeli prime minister. Ten years later I was married, living in Israel, working as a social worker at the NCSY Orthodox Union Israel Center, and expecting our first of seven children. I think that Yehuda HaMaccabee and his followers would have been proud. 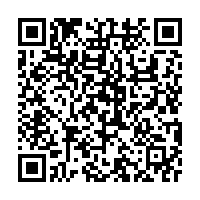