I was coasting along the path of my life, breathless, exhausted, yet content. As a mother of five little ones, born over a span of seven years, life was hectic. Breakfast, diapers, laundry, supper, bedtime… and repeat!

When I closed my eyes, all I could see were smudges and toys. Someone advised me to take my kids for a professional photo shoot. The framed pictures of my perfectly primed angels were an injection of strength whenever I felt myself losing my cool.


Despite being undeniably overwhelmed at times, I was grateful for my role. Well-meaning friends would throw consolatory remarks my way, and I brushed them off. I knew these years were mine for mothering; one day, I’d have time for me.

All too soon, newborns and nappies were a thing of the past. Not in my wildest dreams had I imagined that my reality could change so drastically – and so soon.

I was sitting in the doctor’s office, all alone. My husband was abroad on a business trip and I didn’t think twice before going to the appointment on my own. I wasn’t expecting to hear earth-shattering results. After all, I was a young mother experiencing some weakness and those tests were merely taken to rule out any major health issues.

The doctor was too casual for a report as startling as the one he gave over. “Kidney failure. Your kidneys aren’t performing properly.”

Someone had just pulled the rug from beneath my chair. I grabbed the armrests tighter as the doctor droned on, telling me what to expect and explaining protocols and procedures. I was dizzy. The entire room was spinning. I thanked the doctor and ran out of his office.

My knees were shaky as I got into the taxi. I was too numb to think, but suddenly my mind was filled with song. Odeh Hashem me’od befi… The melodious tune from my childhood rang loudly in my ears, blurring the terrifying unknown and carrying me back some twelve years.

We were sitting at the dining room table, my father at the head. I was a carefree high school girl. That morning, my mother had given birth to a baby girl and my siblings and I were downright delighted. Pink stretchies and blankets, a new little bundle of joy. I couldn’t wait for the day she’d be big enough for me to parade down the streets with our carriage, showing my new sister off to my friends.

“When can we visit Mommy?” I asked my father as soon as he walked in the door.

If there was a trace of pensiveness on his face, I didn’t notice. Father took some liquor and little glasses and placed them on the table. He asked me to take out some cake from the freezer. And he sat us all down.

“L’chaim! Mazel tov on your new baby sister!” he called out. Then he began to sing, Odeh Hashem me’od befi, again and again. His emotion-laden voice was strong.

We were so excited, so full of joy that the blow that came shocked us with its force.

The singing subsided and our father delicately, ever so gently, shared with us the devastating news – our new sister was special. She was born with a rare condition. Her care would be involving and we would be expected to pitch in. The new baby would bring bracha to our home, our father said, imploring us to keep strong.

I looked at my father through tear-filled eyes. His eyes were dry, the ubiquitous smile on his face. He was in such utter control of himself. Strong, happy – genuinely happy. You wouldn’t dream this birth was different than any other one.

Our mini L’chaim celebration was bittersweet, but it was powerful. The experience transformed something deep inside my being, even though I never paid attention to its impact. But now, as I faced this new challenge, the tune surfaced, playing itself over in my mind with fresh intensity.

As if of their own accord, my fingers dialed my father’s cellphone number. He would be the first to hear about my diagnosis. My father, the embodiment of strength, would certainly have chizuk to provide. I needed his broad shoulders to lean on and I needed to thank him for the gift of pure faith and acceptance he had granted me by example. 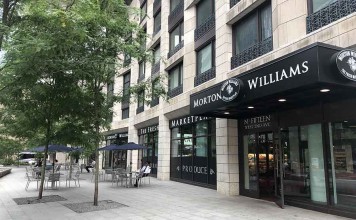