The small shul used by Gerrer Chassidim in Rova 7, Ashdod, is not a standard building. It was temporarily constructed in a durable trailer, situated on Rechov Rabbi Tarfon.

Before construction began, it was agreed that the trailer would be set on a slab of concrete. But when the work was complete, the contractor refused to place cement outside the entrance. The shul representatives tried speaking to the contractor, reminding him to fulfill the original plans, but they soon realized their pleas were falling on a hard wall. The contractor refused to include the pavement in the original package rate.


“How could we set up the foundation of our shul on hard feelings and arguments?” they concluded. They stopped pressuring the contractor and began to use the shul as is – with a dirt entrance.

One day, as unfortunately is all too common in Ashdod and other parts of Southern Israel, there was an air raid siren indicating a missile attack launched from Gaza. Most of those present in the shul quickly rushed out to the nearest building to seek cover, as the trailer had no fortification or shelter.

There was one man in a wheelchair, and some of the assembled were uneasy about leaving him behind. If they would begin pushing the chair, they would surely not make it to shelter quickly enough. They also did not want to make the helpless wheelchair-bound man feel alone and abandoned as everyone else ran off on their healthy feet. In a split second decision, those individuals remained in shul.

This time, the siren was not for naught. Within seconds, there was the whistle of a missile piercing through the ceiling as it sailed downward on a slant. Then there was silence.

The missile had landed just outside the shul, where it crashed, burying itself deep inside the earth. Its impact had been cushioned by the dirt. The missile did not explode.

Had that spot been paved with cement the way the shul builders originally planned, who knows what would have been left of the entire trailer and the special Jews inside? It was clear that in the merit of forgoing their comfort in lieu of a squabble, the members of the shul were saved.

That Friday night, as all the members arrived to davening, they saw the great miracle. The hole in the ceiling spoke louder than thousands of speeches.

*This story occurred a short while ago, not during the latest wave of missile attacks this November. 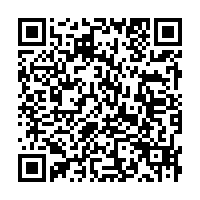