The long awaited wedding of her son was the highlight of Faiga’s (all names used here are fictitious) life. A widow, she had never given up hope that she would one day walk her son down the aisle to his chuppah. With a mixture of fear over the long flight ahead and joy at the upcoming simcha, she boarded the plane. She had never undertaken such a long journey, but nothing could have held her back.

When she arrived in Israel, she barely had time to settle in when it was time to go to the wedding. She dressed in her new outfit and started to put on the new pair of shoes she had bought for the occasion. Something was wrong. Her feet had swollen up during the flight and she could not get her feet inside the shoes. There was no time to shop for a larger pair, and so she place her feet into the shoes as best as she could, with her heels pressing down on the back of the shoes, rather than inside, where they belonged. It was very uncomfortable.


Faiga limped painfully along as she slowly walked her son down the aisle. After what felt like an eternity, she went up the three steps to the chuppah. The thought of standing next to her son through-out the wedding ceremony while constantly feeling discomfort, rather than just enjoying the moment, convinced her to do something to alleviate the situation. As unobtrusively as possible, she slipped her feet out of their tight confine.

A man, waiting for the chuppah to begin, noticed the chatan’s mother was standing barefoot under the chuppah. He quickly called over to his wife, Ruchie. The hotel where the wedding took place was also used as a temporary home for new Russian immigrants. The man suggested that his wife hurry to the lobby and try to find someone who could loan her a pair of large shoes or slippers for Faiga to wear under the chuppah.

The wife, herself an olah of many years from Russia, ran to the lobby.

She went from one person to the next, explaining the situation, but me with no success. Finally, one woman told her to wait, she would be right back.

The woman returned and gave Ruchie a bag with several pairs of slippers to choose from. One pair caught her eye. They looked large enough to accommodate a pair of swollen feet, and they were gold, and so could pass for wedding shoes.

After the chuppah was over, Ruchie took the slippers, planning to return them to their owner. The woman said, “But what will the chatan’s mother wear on her feet to dance?” She told Ruchie to give the slippers back to Faiga for the rest of the wedding. Ruchie took the woman’s phone number so she would be able to return it the next day.

The wedding was wonderful. Faiga danced and enjoyed the special evening. The next day, Ruchie picked up the slippers, prepared to return them to their owner. When she called to ask if the woman was available to receive them, she got a pleasant surprise.

“Let the lady keep the slippers. They fit her and she needs to wear something.”

The story does not end here. Ruchie was so impressed with the old Russian woman, that she decided to befriend her. She began calling her up every week. One day, about four years into their friendship, the woman called Ruchie with a strange request.

“I am making my gefilte fish today. I would like you to come over and write down the recipe.”

The two friends sat talking as Ruchie helped the old woman chop the vegetables and grind the fish. Ruchie carefully copied down the recipe, not understanding why this was so important to the woman. Two weeks later, Ruchie got a call from the old woman’s relative. The old woman had passed away. She knew her end was near, and she wanted to leave something of herself to Ruchie, who had become so important to her. She left her recipe for gefilte fish.

A pair of swollen feet, a pair of golden slippers and a recipe for gefilte fish-Hashem works in mysterious ways, indeed.

May we all be zocheh to see yad Hashem in all we experience in our lives. 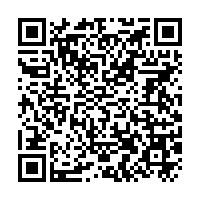