“Try me!” I retorted over the phone to my thirty-seven-year-old son, Chaim.


I leaned back in my swivel chair, eager to listen to yet another episode in the life of my grown-up little boy who never fails to entertain me with his antics.

“Well, today something really weird happened. Usually I walk Tzvi over to his first grade class in cheder, right? You know, quality time for father and son kind of thing. But today I was in a rush to a meeting so I took the car. Standing at the bus stop in front of the cheder was a portly but energetic man with a white beard and dark bushy eyebrows. At least seventy years old. He was perched at the edge of the curb, anxiously eyeing the cars as they drove by, hoping for a lift, I guess. I had seen him around before but never paid much attention, since without a car I wouldn’t have been of much assistance.

“I drove by in a hurry and saw a fleeting look of disappointment on his weathered face. Boy, did I feel bad. I couldn’t do that to him, so I did an illegal U-turn and pulled up in front of him.”

“‘Which way are you headed, young man?'” he asked as he opened the door.

‘”I’m going to Ramat Shlomo, but only if you are heading in that direction. I don’t want to take you out of your way.”‘

“‘Min HaShamayim, that’s exactly where I’m heading, too!”‘ I exclaimed, maybe a decibel too loud in an effort to make my fib sound really convincing.

“I saw a skeptical look on his face and he squirmed uncomfortably. To put him at ease, I started chatting – you know how talented I am at that.” I could picture my Chaimke’s mischievous grin over the phone.

“I pointed to an old school building as we whizzed by. ‘Thirty-five years ago,’ I told my passenger ‘I went to that cheder for first grade. We didn’t live in the neighborhood, but my mother had heard that the first grade rebbe who had taught my older brother in our local cheder had moved to this new cheder. My mother was crazy about Rebbe Yonah. Everyone was. She only wanted me to be in his class even if it meant convincing the principal to accept me from outside the neighborhood and bussing me in. ‘”

I chuckled to myself over the phone, and hoped that Chaim didn’t hear. Chaim had always been a fun-loving kid. His pre-school teacher hadn’t appreciated his joie de vivre and had called me in a few times about his “wild” behavior. But he wasn’t wild – he was just curious, full of life and very intelligent. I had been confident that Chaim and Rebbe Yonah would be a perfect match.

Chaim continued his tale. “My passenger listened attentively to my chit-chat. I succeeded in putting him at ease. He even asked me some questions – and also told me not to drive so fast,” he added sheepishly.

“‘Did you enjoy that year in first grade?'” he probed.

“‘Enjoy? I loved every minute. Wish I could go back. I still remember the songs we sang, the stories he told. Especially the story about the Greeks barging into the classes with their spears, certain that they would find the kids learning Torah with their rebbe. Instead, the boys had hidden their scrolls and were all engrossed in their dreidel games! We acted out the story in our Chanukah party in front of our parents. I’d wanted to be a Greek soldier with a spear, but Rebbe Yonah said that I was such a good actor I should have the main role and gave me the part of the Rebbe. Can you imagine?'”

“‘Hmm. Interesting. Rebbes have their reasons, I suppose,'” he replied.

“‘ I’ve been out of cheder for decades, but I still remember that wonderful year with Rebbe Yonah and the great Chanukah play. It filled me with such a love for Torah – and for Chanukah. My birthday is right after Chanukah, and every year my mother gives me an unusual dreidel as a birthday gift. I have a collection of dreidels from all over the world made from silver, lead, brass, marble, Jerusalem stone, Murano glass and –‘”

“Chaim! You told all this to the stranger?” I laughed. Once Chaim gets started, it’s hard to stop him.

“I was only trying to put the man at ease, Imma. He was all ears! Meanwhile, I glanced at the clock on the dashboard. I was going to be ten minutes late for my meeting with the rosh yeshiva. In a few minutes I would deposit my passenger and phone the rosh yeshiva to apologize.

“The car climbed up the steep road into Ramat Shlomo and my passenger guided me to his exact destination. We stopped in front of a group of caravans that served as a cheder.”

“‘Tizke l’mitzvos. This is where I get off. Thank you for a very interesting ride and conversation. I wish you and your whole family continued hatzlachah, young man. By the way, I didn’t catch your name –'”

“‘And I am even more pleased to have met you, Chaim, – again. 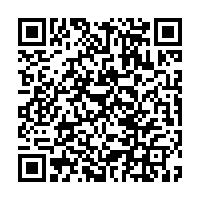