I’ve been working on a musical disc for children and their families and it’s taken quite a while since it’s a very complex project. Over a year ago, I needed some boys to say and also sing a few lines here and there in some of the songs. I advertised in my neighborhood email list, saying that I was looking for boys between the ages of 10 and 12 who would like to participate in this adventure. I asked those who were interested to call me so that I could audition them over the phone. When I had enough boys who seemed like they could do it, I brought them into the studio and recorded them.

Some time went by and one of the boys became bar mitzvah. His mother later told me that she thought that the experience of recording was very helpful to her son. She said it raised his confidence tremendously, helping him to recite his bar mitzvah portion in shul loudly, clearly, and well. The truth is I used to say to the boys in the studio, “Wow, that was great! That was fantastic!” Then, if necessary, I would say, “Can you do it again, a little bit more this way?” They only heard tremendous compliments; they never heard that what they did wasn’t good enough and had to be redone, they all only heard lots and lots of compliments. The truth is that the compliments were sincere because they were lovely young religious boys who were doing their best at something they weren’t even trained for. They were really great, even when they had to redo a part to get it better. They were terrific and did a great job, Baruch Hashem! They really added a lot to the disc.


A couple of months later, another one of the boys, who I’ll call Dani, was becoming bar mitzvah. His mother invited me to his bar mitzvah on Shabbos as well as the evening celebration during the week. The reason she invited me, she explained, was that the recording, even though it was months earlier and just one or two sessions, was a very positive experience for him. Despite wanting to, I couldn’t go to his bar mitzvah. Although we live in the same neighborhood, it was quite a long walk from where I live to the shul where he was having his bar mitzvah, and I had guests that Shabbos so I couldn’t get away for that long. I would have loved to see and hear him receive his aliyah to the Torah but I just wasn’t able to go. I wasn’t able to attend the weekday celebration either, so I told myself that I would buy him a gift for his bar mitzvah and bring it to him when I had a chance. However, since I never see him or his mother, I forgot all about it and he never received a bar mitzvah gift from me.

Fast forward several months, there was someone in Hadassah Hospital in Ein Kerem whom I wanted to visit. It’s quite a long bus ride, or an expensive taxi ride from Har Nof, where I live, so I posted a little note once more in my neighborhood email list, asking if anyone happened to be driving there in the next two days. I received one answer, it was from Dani’s mother. She was going there that day at 12 o’clock, which was perfect timing for me, and said she’d be glad to take me. We set up a meeting place, and as I got into the car I was happy to see Dani, who for whatever reason was going with his mother and was sitting in the back seat of the car. I sat in the front with his mother and we chatted, and of course, one of the things that happened to come up was the disc, which, Baruch Hashem, is nearing completion. 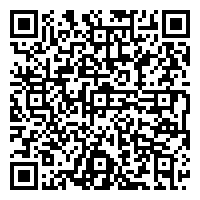