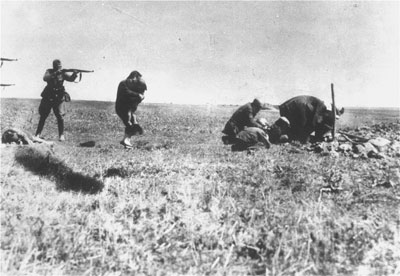 By Rayzel Reich, as told by her grandfather, Mr. Efraim Reich

It was Moishele, and Itche, and me. We did everything together. We even made our own language, which only we understood. In shul they jokingly called us “the troika,” after the three bishops whose authority extended across Poland.

The Judenrat picked Itche to work as a houseboy for Herr Garbler, the Gestapo chief who had moved into town.

Dr. Mikolaikow, my kind Polish doctor, offered to hire me so that I wouldn’t have to work for the Germans. He lived next door to the Gestapo, so at least Itche and I sometimes saw each other while we worked.

Rebbe’s door was always open. We came, we went, we learned… but yeshiva wasn’t the same. We weren’t carefree yeshiva bachurim now. We were workers, slaves, perhaps, stealing moments of peace when we could. We came to talk, to sing, to learn, to eat…A moment with our Rebbe was a stolen moment.

Rebbe – R’ Sruel Leib- was different. He seemed to grow, even as he shrunk, his cheeks thinner, gaunt. There were moments when his eyes were haunted… but mostly they were fiery black, seeing through you, loving you to your core.

You were created in the image of God, Rebbe told us. You are Godly beings. Whatever happens, remember that. Be a man. Hold your head high. Know who you are, on the inside, no matter what.

Nobody, nobody, can ever take that away from you.

What God decrees…is not always possible for men to change. We must face a decree, and learn to accept it from our Father in heaven. As men, who hold their head high.

But those who torment us… Who seek to beat us into the very earth… Do not allow them to crush you! My students… Know who you are, beloved children of God… You can resist, you can, in your heart. As long as you are master of yourself… you will never be a slave.

I have “poisoned you,” he said, that sin may never taste good on your lips. You are noble people.

And we were… all Rebbe’s talmidim were noble people.

We tried to make time to get together, all three of us, when we could. After all, we were the troika.

Then came the first Aktzion. Herr Garbler removed his mask, and the blood of Jews flowed free.

Moishele’s family was murdered. He was sent as a slave to an airplane factory in distant Reishau, but he was safe. We knew that from his letters.

I ran Dr. Mikolaikow, who offered to hide my family. He hid me in an underground bunker beneath his garage.

And Itche… Itche was safe, houseboy for Herr Garbler, shining shoes in the Gestapo’s house a stone’s throw from where I was hidden.

Garbler liked Itche. He liked him so much, in fact, that he let his sisters live. Illegally. Incredibly, Garbler ordered the Judenrat to give Itche three extra food cards. For his two sisters and their friend, hiding in Itche’s house…

It went against everything he stood for. But he did it…for Itche.

Itche also had an older brother, Yankel. Yankel was still legal. He worked with a group of fifty other Jews for a German firm near the railroad.

And so Itche and his siblings lived, and survived every day, and held their breath, and hoped to live the next one.

There are always rumors.

Itche hears a rumor. He hears that Garbler is walking with Yankel’s workgroup, that he is heading towards a field at the edge of the ghetto.

An open field…a group of Jewish boys, with Garbler…that is danger.

Garbler and his assistant make their way toward the railroad. Ahead is an overpass that Yankel’s work group must cross on their way home to the ghetto.

Garbler motions for his assistant to stop.

They stand under the overpass, hidden from the sight of those that will come.

The group of Jewish workers makes its way down the road. The men and boys are tired, and hungry, and cold, but they talk, and make jokes, as they walk… After all this is life, and life must be lived.

Their feet clatter on the wood of the overpass. Soon they will be home, having a good supper… meager, but something… something hot…

There is home; a ghetto, but home, still dear…

The Gestapo Chief and his assistant are stepping out onto the overpass; they are blocking their way.

If it is true- if they are taken- 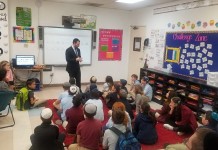 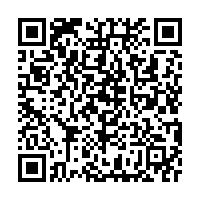