Edy and her older sister Grace, both senior citizens, in their younger years, used to travel the globe together. Edy bought jewelry for her jewelry design business and Grace collected antiques. The traveling duo encountered many adventures (and misadventures) but hearing some of their stories, it’s clear that they, more often than not, were benefactors of Divine Grace and Divine Providence.

Traveling in France, driving along the Riviera, Edy and Grace were suddenly surrounded by a motorcycle gang who cut off any escape. Then, they heard a thud. One of the gang members had stolen an expensive camera that Grace had received as a gift that was on the back seat, but, fortunately, her purse, which was usually on the back seat, and which contained thousands of dollars for her purchases, was with her up front. And luckily, they both escaped unscathed.

Another time, they were in Hong Kong. As they were waiting for the light to change at an intersection, Grace felt a tug on her purse but as the light had just changed, she crossed with her sister and didn’t give it a second thought. When they arrived back at their hotel and Grace sat down on the bed to open her purse, she screamed. The purse had a gash where someone had cut into it with a knife. Apparently, that’s what she had felt while waiting at the light. But thank God, all her money, credit cards and travelers’ checks were still there.

But the biggest miracle occurred in Vienna. The sisters were at the train station. They were traveling to Prague and were wandering around the station looking for an elevator to take their luggage up. They couldn’t find one. All they saw was an escalator with a sign saying no luggage trolleys allowed. But Grace ignored the sign and her sister went along for the ride. They went on the escalator, Edy first then the luggage trolley then Grace. Halfway up the escalator Edy turned around and saw that her sister was trapped underneath the trolley that had rolled on top of her. Her eyes were as big as saucers and Edy, who couldn’t move, was sure that her sister was done for.

Suddenly a shadow appeared and lifted both Grace and the trolley so they were upright. Edy turned to thank their rescuer but there was no one there. Grace looked at Edy and cried, “What happened?” They looked around some more but no one was there. Grace’s shoulder had been scraped and was bleeding but by the time they got off the train in Prague, a few hours later, the scratches had healed and there was no sign of any injury.

Edy’s sure that the shadow she saw was an angel who had saved her sister. Whoever or whatever it was, it was definitely a miracle. One of many of her sister’s saving graces. 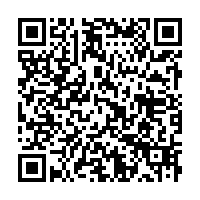