Had it been totally quiet, we would have been able to hear the sound of the Gichon spring flowing into the Shiloach Pool.


Ten white-robed men stood on a stone ledge about two stories above the amphitheater, carrying shofarot, each one a different shape than another. Suddenly,

they proceeded to blow their shofarot, the sound echoing through the Kidron valley. The moon and stars cast their glow, as the award ceremony for the Moskowitz Prize for Zionism began.

Prize for Zionism, you ask. Wasn’t Zionism dead? Not to some. Not to these three awardees! Not to the Moskowitz family who awarded these prizes in “recognition of the people who put Zionism into action in today’s Israeli societydoing what it takes to ensure a strong, secure Jewish homeland.”

will always be Jews inspired by love for Eretz Yisrael and Am Yisrael.

Brigadier General Ran Ronen-Pecker was honored “for his model of courage, sacrifice, and leadership.” He established Project Zahala where former army officers and commanders instill the values of Zionism to youth at-risk.

Moshe Moskowitz was honored for his 60 years of involvement in the settlement movement, in education, and in social work. He played a strategic role in the “establishment of communities and educational institutions all over Israel and especially in Gush Etzion.” In fact, we, as residents of Efrat, consider him and Rabbi Riskin as the fathers of Efrat.

Rabbi Dovid Fendel was honored as the head of the Hesder Yeshiva in Sderot. A Hesder Yeshiva combines Torah studies with army service. I can proudly state that Rabbi Dovid Fendel is our nephew, and that we were in Ir David that night to pay tribute to him, his lovely wife and his family. It seemed like a dream sitting in a spot where Dovid HaMelech walked, honoring our modern day Dovid with the “Lion of Zion” award.

We were there to pay tribute to the work he does for his yeshiva, for the besieged city of Sderot, and for “instilling the values of social responsibility and obligation to the nation and the land of Israel, in the hundreds of students” in the Yeshiva he founded. We recognized the “Yeshiva’s role as a source of strength for all the residents of Sderot in this city’s most difficult hour.” He is the “role model of Zionist leadership.”

Our second special evening in Yerushalayim took place in the spacious Beit Midrash of Yeshivat HaKotel in the Old City.Four second-grade classes of Orot Etzion (the elementary school in Efrat that our grandson attends) were getting ready for their Siyum on Sefer Vayikra. The electricity of their excitement filled the air as they dashed haphazardly around the room. But if you watched their progress, you saw that each boy knew exactly what his role was. Creative costumes portrayed themes in Vayikra. The boys shouted their joy and enthusiasm upon completing their third Chumash through plays, songs, and dances. I watched them reenacting the parade of the Bikurim and Korbanot. The boys’ faces were aglow, as they imagined that they were marching into Yerushalayim bringing baskets of first produce and animals. They carried stuffed animals, baskets of plastic fruit, and grain. As they marched and sang and lifted their offerings above their heads, I was transported to the time of the Beit HaMikdash and the ceremony of the Bikurim. I felt the joy that our ancestors must have felt when they witnessed the ceremony.

The climax of the Siyum occurred when the boys and men were invited to daven Minchah on the roof of the yeshiva. The view of the Kotel and Har HaBayit (the Temple Mount) was awe-inspiring. Their afternoon prayers were suffused with special meaning.

After Minchah, we went on a tour of the Jewish part of the Old City. All the classes met at the Kotel Plaza where they spontaneously broke out in song and dance. Usually, I am an onlooker at others’ semachot. This time, it was I who was an active participant as others took pictures of the joyous singing and dancing.

These children are taught to love the Torah, the Mitzvot, the Land of Israel and the people of Israel. They are the future Zionists. They will grow up to be Jews whose hearts are filled with the love of Eretz Yisrael, Am Yisrael, and Torat Yisrael. Through them and their emunah, Zionism (especially religious Zionism) will flourish. 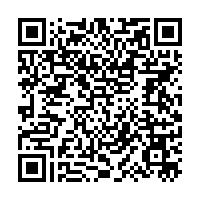