Years ago I heard an amazing story from a baal teshuva in Eretz Yisrael, we’ll call him Rafi Levi, who was a fighter pilot in the Israeli Air Force. Though so much time has passed, I still remember the great lesson to be learned from his life or death experience.

The Israeli Air Force is known to be one of the best in the world. Fighter pilots are chosen based on many factors, some of which begin even before conscription, such as high school academic grades. To even be considered as a potential pilot, the candidate must have high academic grades, be in excellent physical condition and also have a high technical aptitude. Those who are eventually are chosen for the IAF pilots course must then show ability to deal well with physical hardships as well as unexpected difficulties in various areas of army service and warfare, including the necessity to solve sudden, unexpected problems and challenges. Pilots must be able to quickly find solutions to potential disasters and make quick, correct decisions in the most complex and dangerous scenarios.


The fighter pilot course is rigorous and long and only a small percentage of those who start the course complete it successfully and are given their wings. Those who applied to be fighter pilots but were sifted out because they didn’t meet the rigorous standards are given other tasks in the IAF such as being helicopter or transportation pilots. Those who become fighter pilots are considered to be the elite of the Israeli army.

Rafi was one such pilot who had been chosen to take the course and succeeded in completing it, an accomplishment reflecting his excellence in all the extremely demanding and challenging tasks of a fighter pilot. Rafi was intelligent, determined, quick thinking and totally reliable. During warfare and especially when unexpected situations arise, there’s no commander for the pilot to turn to, no one else who can advise him in difficult situations. The fighter pilot is on his own in the sky and often must make and execute crucial decisions, sometimes in a matter of seconds.

During his army service Rafi went on many bombing missions and had become experienced and self-confident. However, on one such mission something happened with his plane and suddenly Rafi was experiencing vertigo! Everything was turning around, upside down. He wasn’t sure if he was flying up or down, and if, as a result of the vertigo, he would mistakenly fly downwards, because he thought it was up, then he would crash into the ground, killing himself instantly.

Vertigo is a known condition in the air force and so there is a special device on the wall of the plane which continuously indicates which way is up, and which is down. And during his horrendous vertigo with everything spinning before him, the device in Rafi’s jet told him the opposite of what he sensed was correct. At this point he desperately wanted to fly upwards, away from enemy fire, and he was sure which way was up. But the device indicated that what he was sure was up, was actually down and that if he followed his senses and perception, he would be flying downwards to a certain death.

Rafi felt so strongly in all his senses that he was right – that what he thought was up was up, and what he thought was down was down. And yet as he checked the device again and again, it told him the opposite. And so he thought that maybe the device was faulty, and inaccurate. And since this life-threatening problem was also foreseen by the Air Force, there was a second, identical device on the plane wall which he immediately checked, and that one, too, showed him what the correct directions were. That device, too, told him that what he sensed to be up was really down. And what he sensed to be down was really up.

Being in the skies of enemy territory, Rafi had to make an immediate decision.

As I listened to him telling his story years later, Rafi told his audience that that was the most difficult, wrenching moment and decision of his life. All of his being was telling him, pushing him, convincing him, forcing him to go one way to save his life, and this little metal thing on the wall of his plane was telling him to go the opposite way, the way which he sensed with all his being would mean crashing to his death.

Rafi, highly intelligent and chosen for his proven ability to make immediate correct decisions during the most difficult and challenging scenarios, had to decide in a matter of seconds which way to fly. He desperately wanted to fly up to safety and then out of enemy territory, and yet the arrow and numbers on the wall told him that the direction that he wanted to take would be suicide.

Rafi was so intelligent, capable, confident, brave and experienced – was all that worth nothing? Was all his arduous training and military accomplishments irrelevant at this moment of choice? Was he really supposed to nullify everything he knew and understood and felt? The devices said yes. Forget yourself, your intelligence, instincts and understanding. Ignore it because now it’s all wrong! After all those years, all that learning and training, it all seemed so absurd, so wrong not to follow his perception of reality!

Split seconds passed and Rafi’s life was at stake as enemy soldiers on the ground sought to blast him out of the sky. Suddenly, Rafi went against all his personal feelings, instincts and drives and did the unexpected; he did what he knew in his deepest self must be the truth. And though he felt as if he was plummeting downwards to his death, with an unexplainable surge of inner strength, he shut out his feelings and instincts and instead followed the instructions that were there just for him at this time. While feeling that he was flying into a crash landing death, he flew higher and higher, into the safety of the sky, saving his life. He continued high and forward and in a matter of many terribly intense and frightening seconds, he flew out of enemy territory and back home to Eretz Yisrael.

When Rafi returned to civilian life, he couldn’t forget that harrowing experience and so he began to contemplate, again and again, the significance and deep meaning of what had happened. He started to think about whether or not in his daily life, too, there was something being beyond himself, beyond his intelligence, understanding and experience. He began to think about the relevance in his life of being in touch with and submitting to a higher authority. Even if he doesn’t understand why, even if it went against everything he was taught and was used to. Even though he was so intelligent, worldly and smart, he knew now that much of that was also quite possibly a subjective and incorrect take of the world. And so, he began to think about . . Hashem.

And so, Rafi knew that he had to look into Judaism, to find out what the Torah and mitzvot are for and why Hashem gave them to us. He started to learn about a way of life that went according to a higher authority, a higher awareness and wisdom. And though previously religious observance had seemed completely irrelevant to his life, now he had a deeper awareness which he could not shake. And eventually Rafi became a fully religious Jew, sharing his insights, understanding and experiences – before and after – with thousands of other Jews. And today Rafi is alive and soaring. 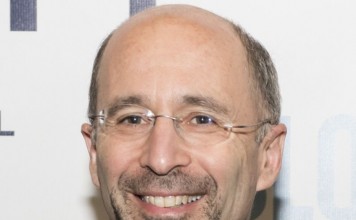 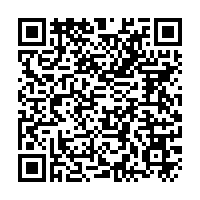