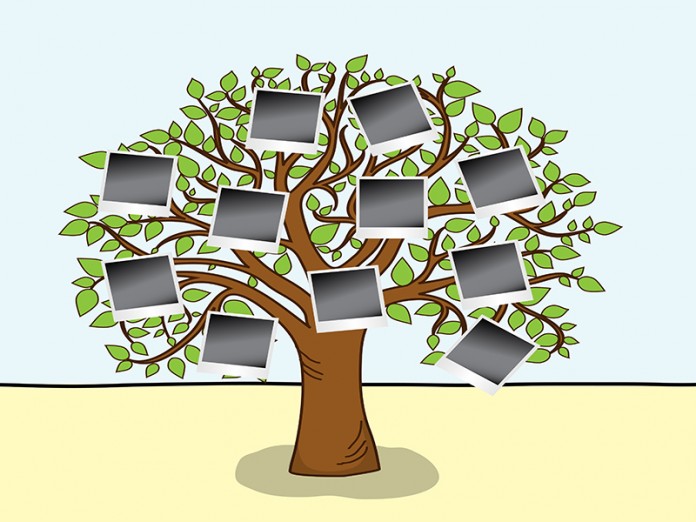 When the best friend, Dan, would come to visit her brother, the girl noticed how intelligent and witty he was. Of course, the age gap was too great, so Dan didn’t notice her at all. But one night the girl had a dream that she and Dan were getting married and that her mother said to her, “You made a good choice this time.”


Once, her brother took her to Dan’s house for a visit; Dan had three female cousins whom she could hang out with. The girl took Dan’s mother aside into the kitchen and confided in her that she admired Dan. Dan’s mother was very sweet, and instead of poking fun at the girl or getting angry, made a kind, indulgent remark to her.

Life and maturity scattered all three people – the girl, her brother, and Dan – and put them into different locations. Eventually they lost track of one another. The girl grew up into a woman, wife, and mother, becoming a baalat teshuva in the process.

Many, many years later, the woman, now divorced, had gone off the derech after many personal tribulations. She and her brother started exchanging email messages, when email was just coming into use. In one message in the spring of 1991, her brother asked her, “I wonder what ever happened to my friend Dan?” She remembered Dan’s phone number from the days of rotary-dial phones, having seen her brother dial it many times, and she decided to take the plunge and call.

His parents picked up the phone, and she told them who she was. They remembered her and her brother. She told them she was calling on behalf of her brother, and asked where Dan lived. They told her he lived in New England. They also said, “He was married, but he just recently got divorced.” The woman, now in her forties, felt like the floor under her feet had turned electric.

She got Dan’s number and decided to call him. He had been divorced from a woman who was halachically non-Jewish, on February 6, 1991, and here it was, only two months later, in April!

Dan decided to come to New York to take her out and see his parents. The relationship got very serious very fast. In November 1991, they became engaged, and on August 16, 1992, they were married in an Orthodox shul, after the rabbi checked on both their Jewish ancestries and eligibility for marriage. Dan’s parents came to the wedding – the bride reminded her new mother-in-law about the kind remark she had made to her so long before – and indeed, the bride’s mother told her, “You made a good choice this time.”

After a number of years of marriage, the couple moved to Texas, in the orbit of the Dallas Jewish community, and the woman became a baalat teshuva the second time around. They eventually moved to the heart of the community. Dan never became observant, but he would attend services regularly with his wife at an Orthodox shul, and at one point he learned with one of the local rabbis. Having grown up in a non-observant family, he knew very little about Yiddishkeit; for instance, he thought there was nothing wrong with cremation.

Dan had a family tree for his father’s side of the family going all the way back to the mid-nineteenth century. When Jewish genealogical records became available online, his wife found the gravestones of his paternal great-grandfather and of the great-grandfather’s brother. Both tombstones clearly said “ha-Levi” on them! Dan’s father and grandfather had never told him anything about being a Levi. She took the family tree and the photos of the gravestones to one of the local Orthodox rabbis, and after the rabbi did some research, he pronounced Dan a bona fide Levi. The rabbi gave Dan a whole investiture ceremony in shul, calling him to the Torah as a Levi and explaining to the congregation how he had “suddenly become” a Levi. Thereafter, Dan took pride in washing the hands of the Kohanim when they would prepare to give the Birkat Kohanim.

A few years later, Dan had open-heart surgery when his doctor discovered a life-threatening aneurysm. Fortunately, he survived and went on to thrive for five-and-a-half more healthy years.

Then, sadly, Dan got sick with a different ailment affecting his kidneys, and passed away in the hospital after only a few days, on November 2, 2021. But the good part of that was that two of the Orthodox rabbis in the community supervised the medical staff so that everything was within the bounds of halacha, and his widow made sure he received a kosher tahara and an Orthodox Jewish burial.

I was that young girl, and I am now Dan’s widow. I grieve for him every day, and of course I deeply regret having missed so many years of his life between the time I first met him and the time we reconnected. But Hashem connected us at the right time, when we were both mature; He caused us to live in a wonderful Jewish community that brought me back to being observant, and as a result, Dan passed out of this life in a kosher way.

Hashem does everything when the time is right.

Dedicated to the memory of my beloved husband, the love of my life, Dan LaVietes, Daniel ben Yosef Reuven ha-Levi.